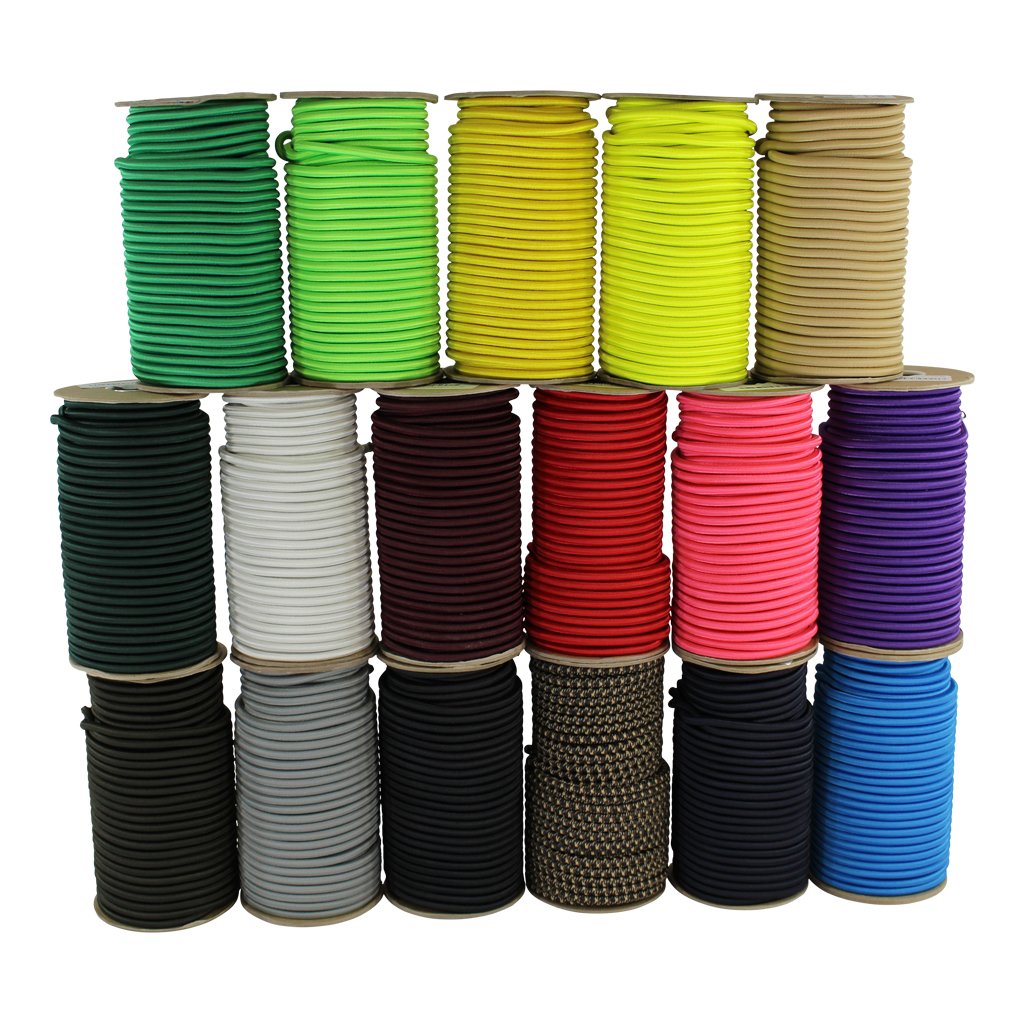 Whatever your bungee / shock cord needs, Marine Grade Dacron Polyester Shock / Bungee Cord won't let you down when it comes to strength, stretch, or longevity. Need industrial amounts of bungee? Just enough shock cord for a quick at-home project? Lashing down on your minivan, your pickup truck, your sloop or your ship? Our shock cord more than has you covered.

Marine Grade Dacron Polyester Shock / Bungee Cord's proprietary design and construction method makes it ideal for prolonged exposure to moisture, sunlight/UV radiation, and the general wear and tear you put your shock cord through. The 1000 Denier dacron polyester cover is thick and long-lasting, repelling water and resisting abrasion better than nylon. Made from top-quality first extruded latex rubber, this bungee has a consistent stretch and high modulus that won't lose its elasticity like many other cords on the market. 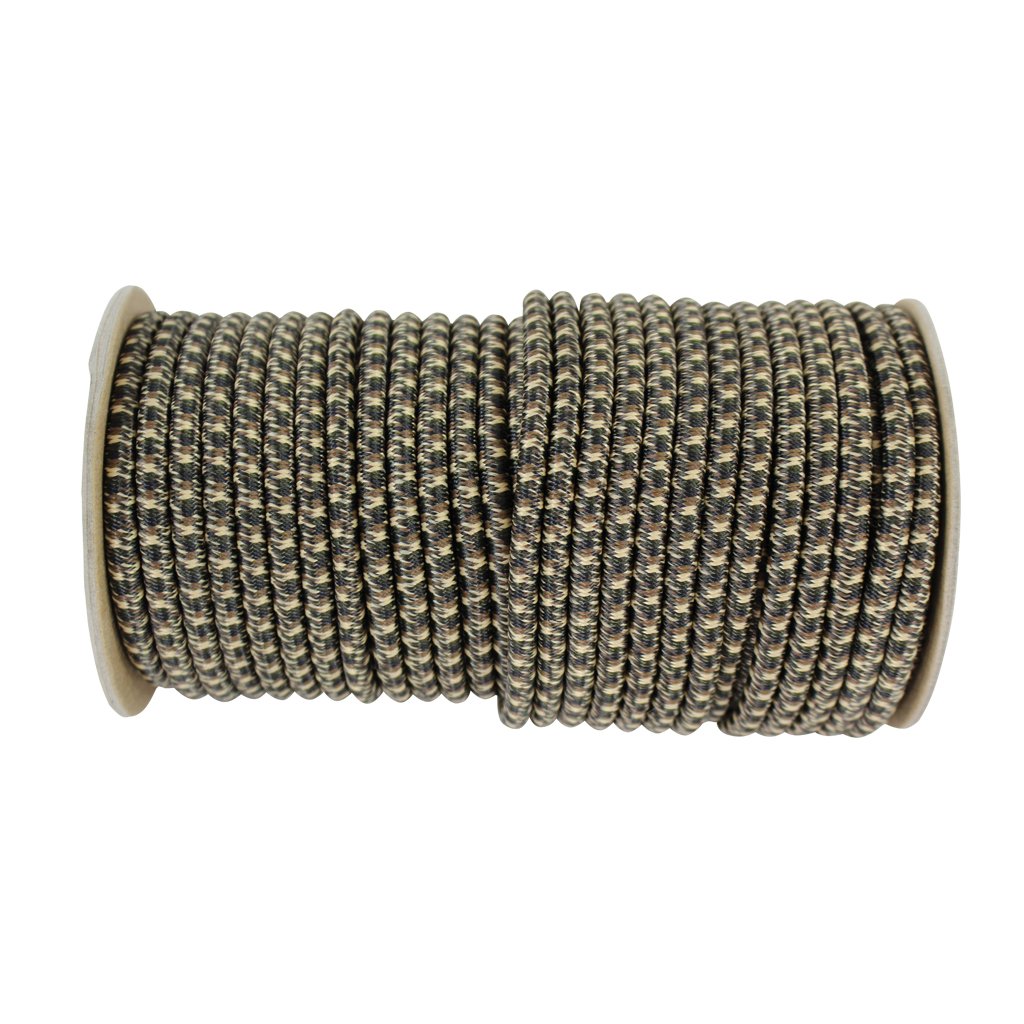