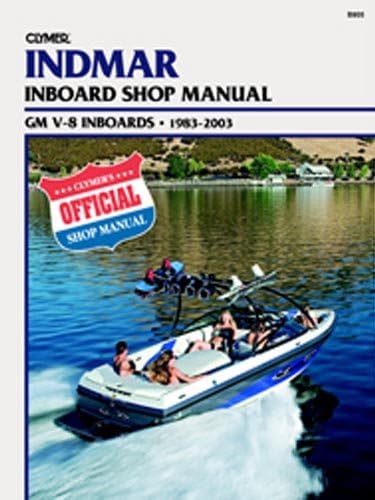 Whether it is simple maintenance or complete restoration, do not start work without Clymer, the leader in service manuals.
Save yourself time and frustration with these procedures and techniques used by the professionals.
Comprehensive manuals contain exploded views, drawings, specifications and charts that illustrate each job.
Feature shortcut repairs and high-performance modifications.
Indmar GM V-8 Inboards, 1983-2003