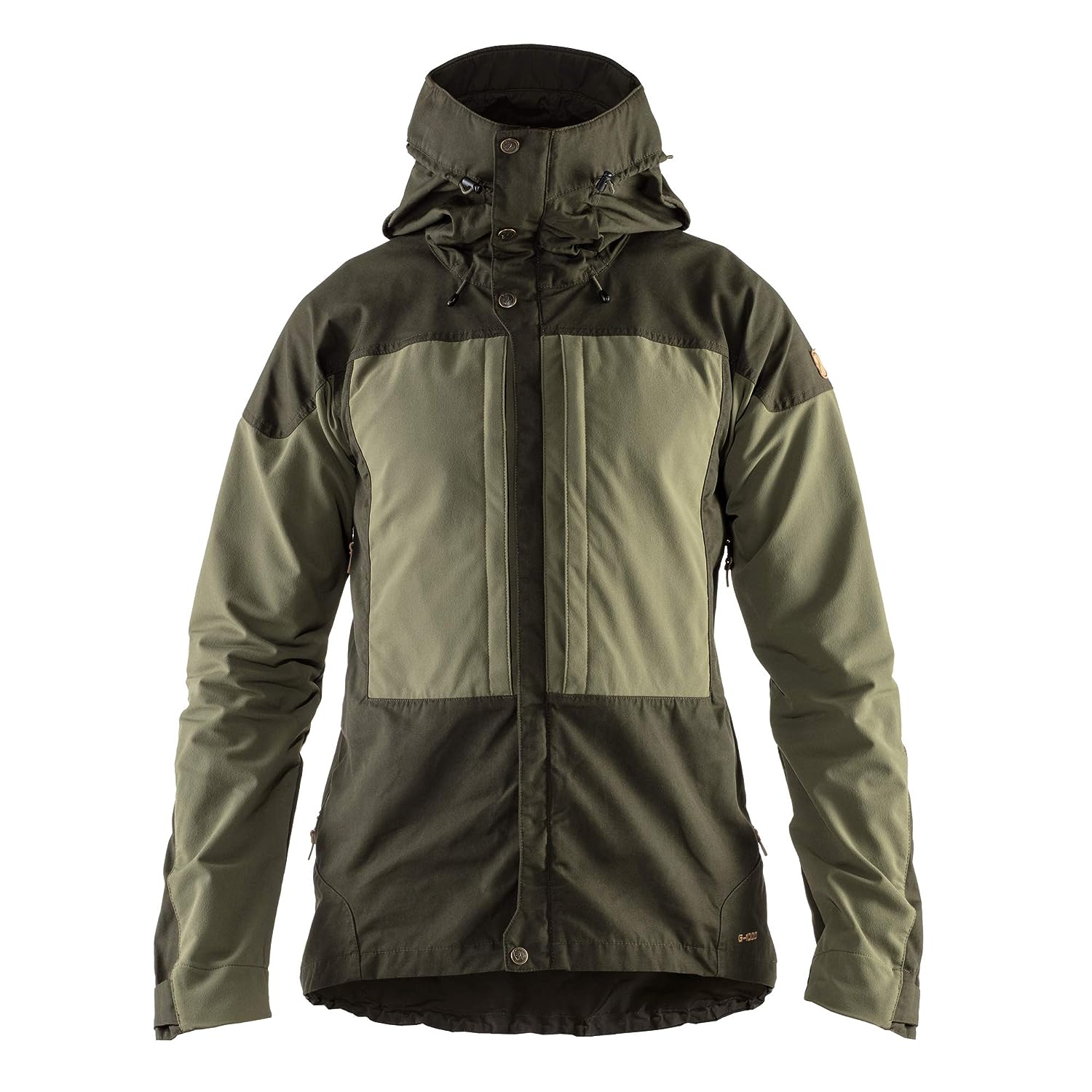 Well-ventilated outdoor jacket for long mountain treks in varying terrain, when freedom of movement is just as important as durability, protection from sharp stones, etc. Combines wind and water resistant G-000 Eco made from recycled polyester and organic cotton in the hood, shoulders, front panel and rear extension with stretch across the back and in the sleeves and pockets. Carefully thought-out details offer a good fit, like extra fabric under the sleeves for enhanced mobility and seams that have been moved forward so as not to rub under a backpack's hip belt. The advanced storm hood can be adjusted to sit perfectly around the head. The visor has brass wire sewn into it so it can be folded back, depending on whether you want maximum protection or more peripheral visibility. Ventilation openings under the sleeves with two-way zippers release excess heat. Two vertical breast pockets with an inner mesh pocket for a mobile telephone, for example. One pocket potentially for GPS on the left sleeve. A two-way zipper is hidden behind a protective flap with buttons at the top and bottom. Drawstring at the hem and Velcro sleeve cuffs. 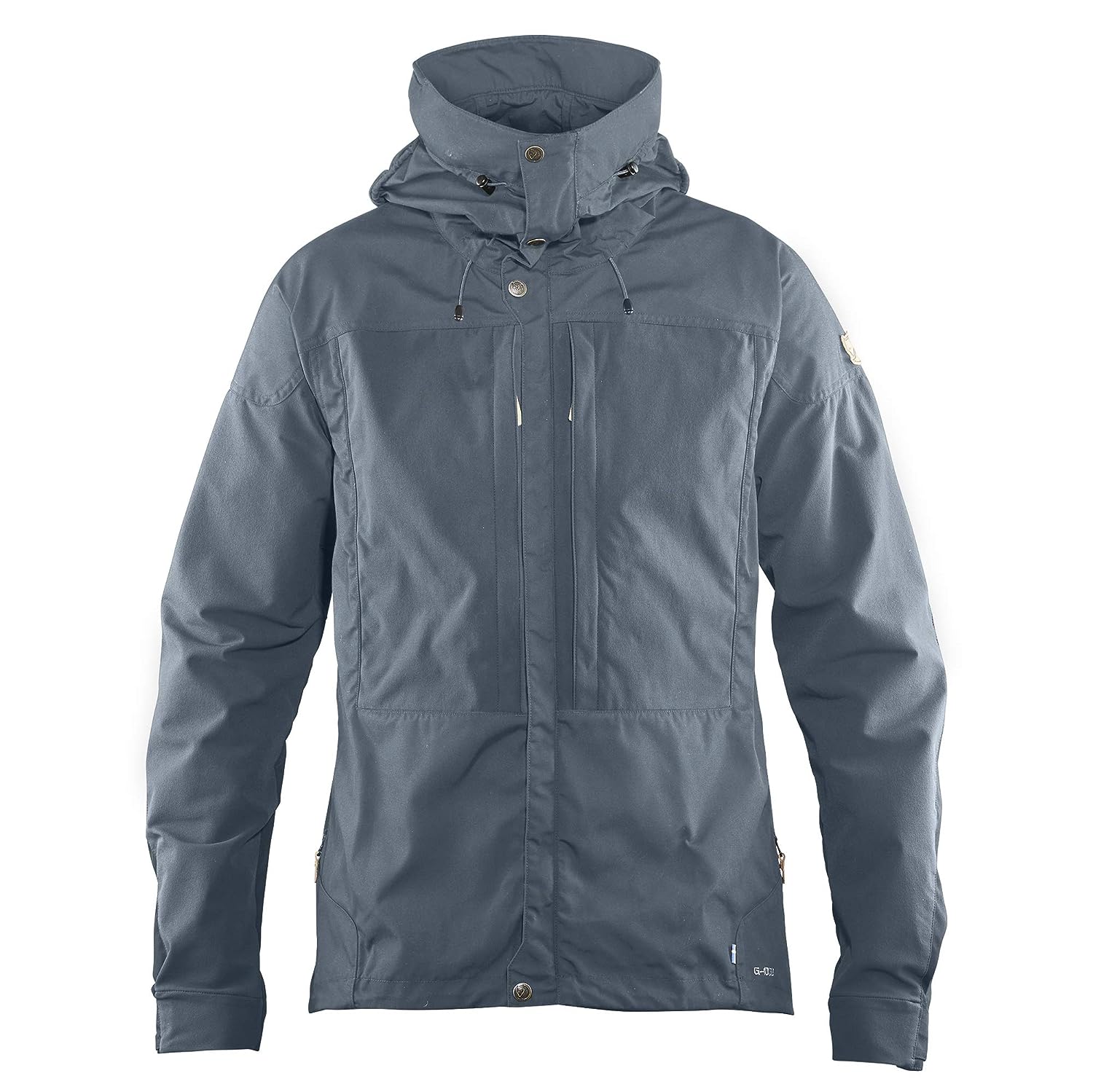