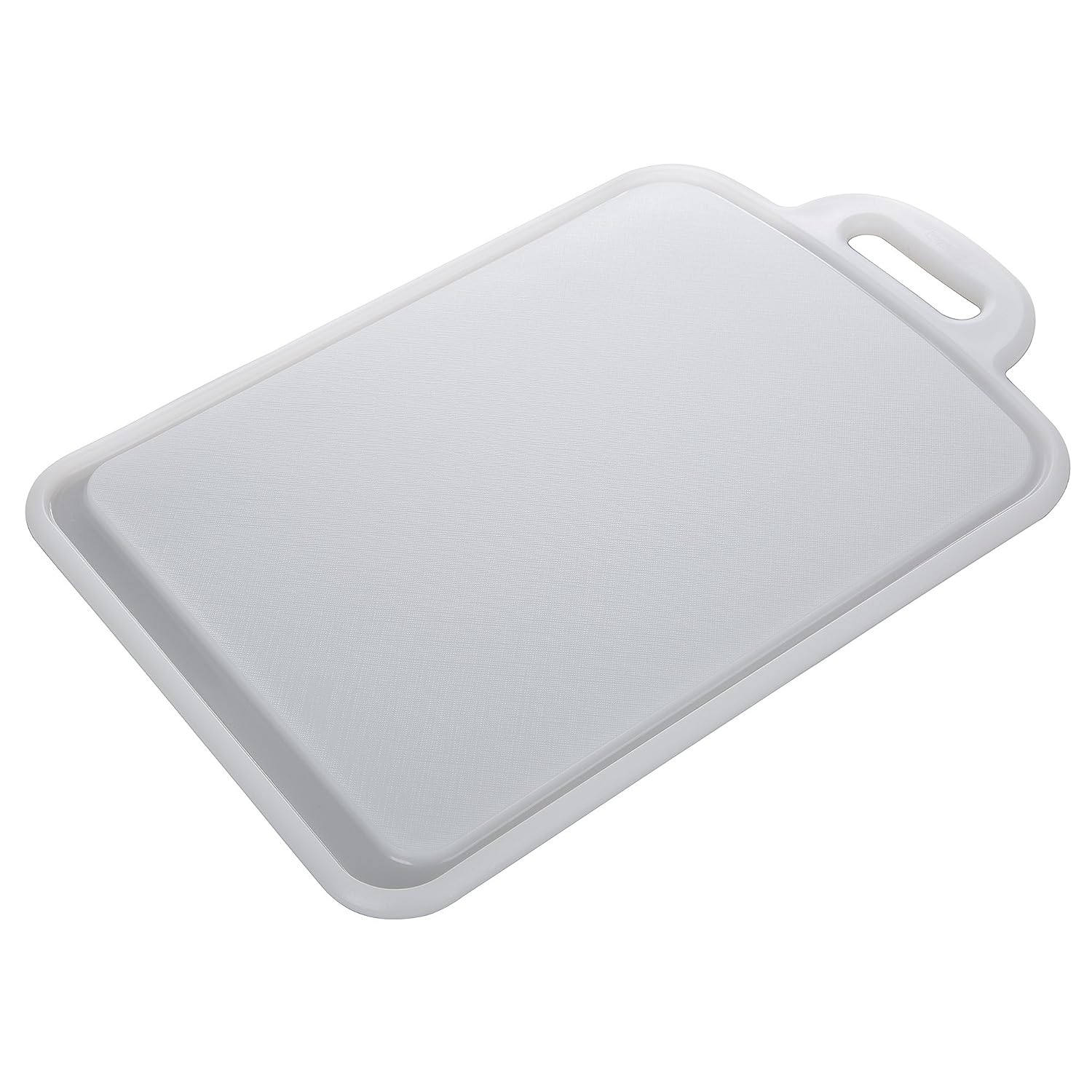 The Prepworks by progressive medium cutting board is designed with deep grooves to collect juices. The grooves also prevent any sort of counter mess. The dimensions of this board are 9.5" (24.13 cm) x 15.25" (38.74 cm) and it is made with high density polyethylene for extreme impact resistance. This cutting board is available in White or Red. 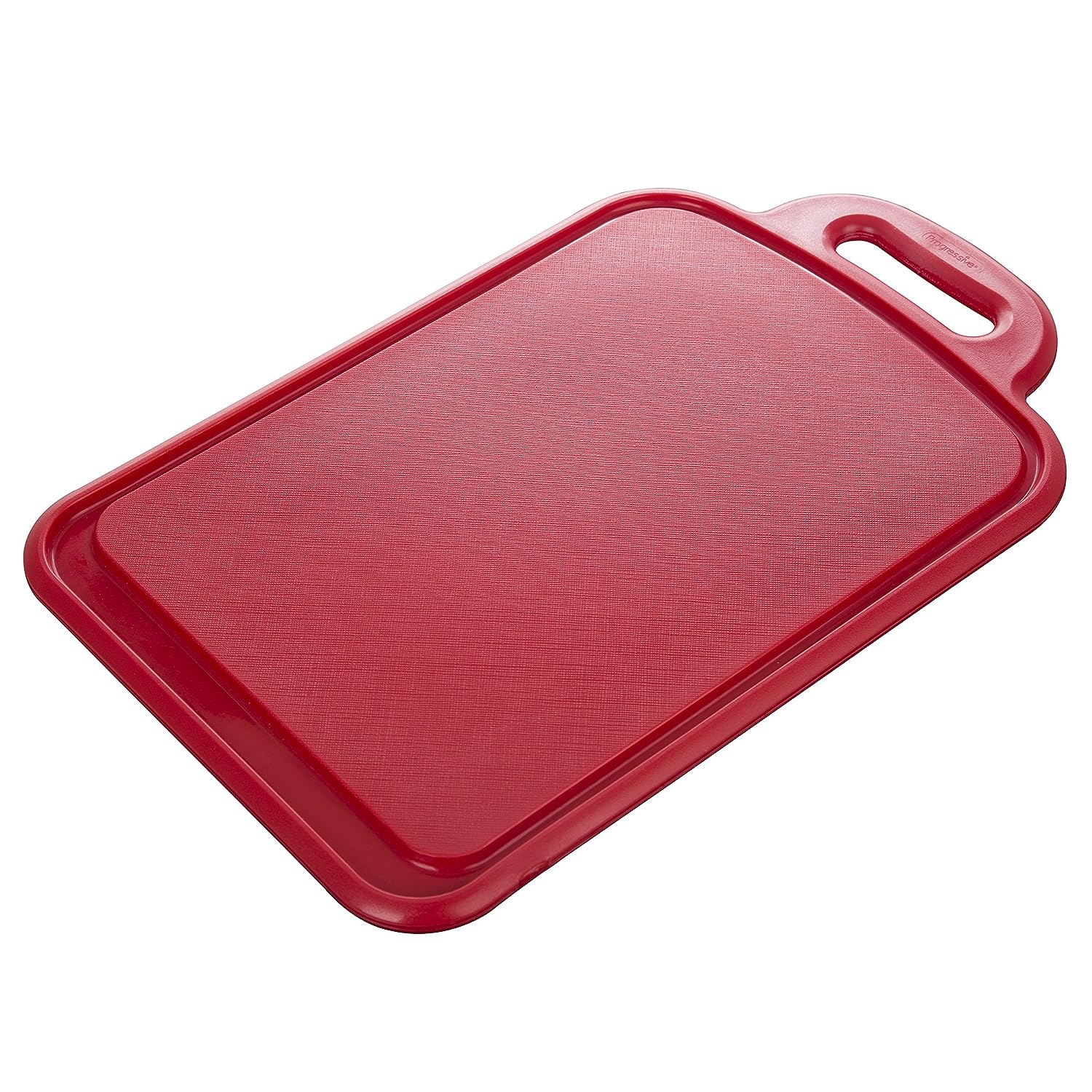 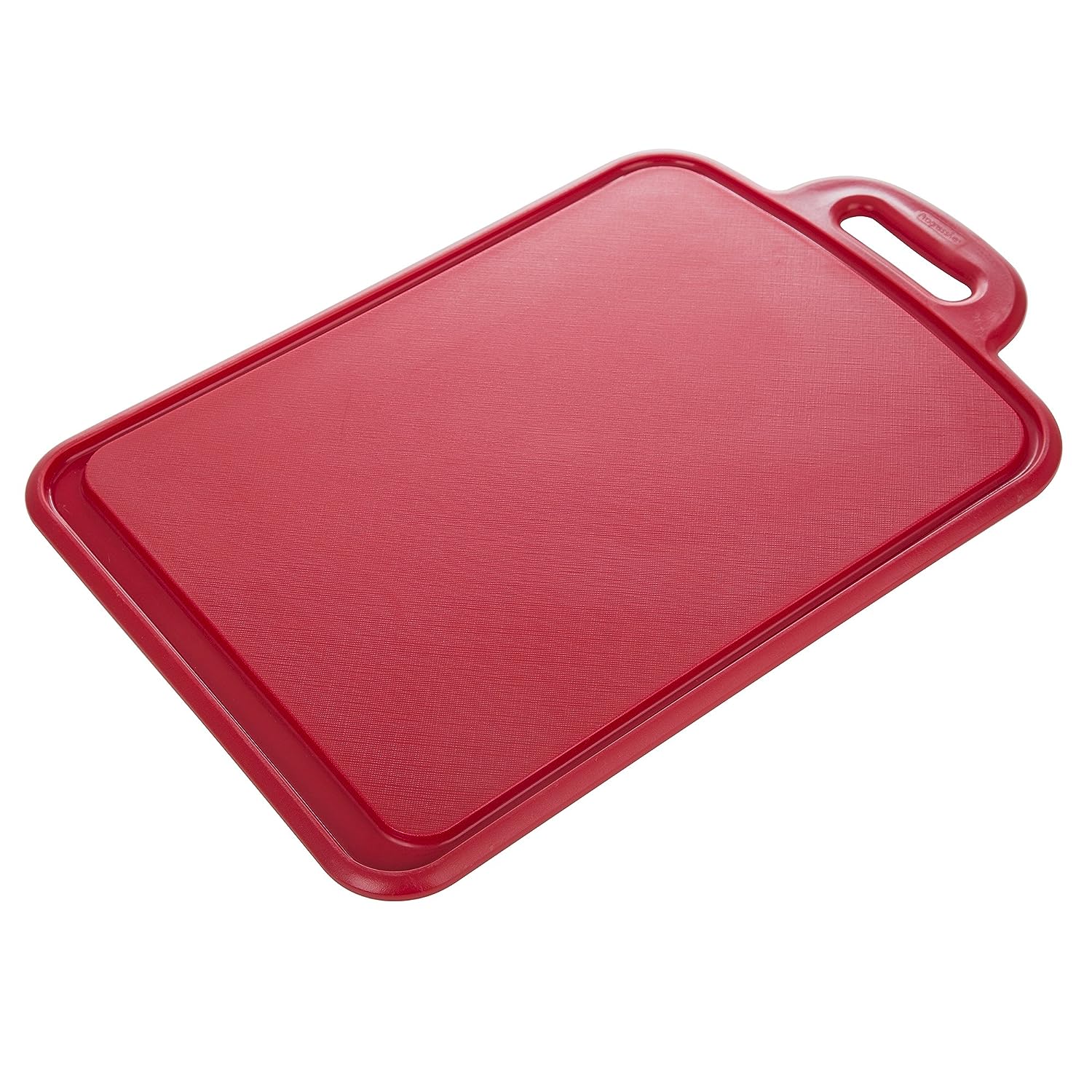 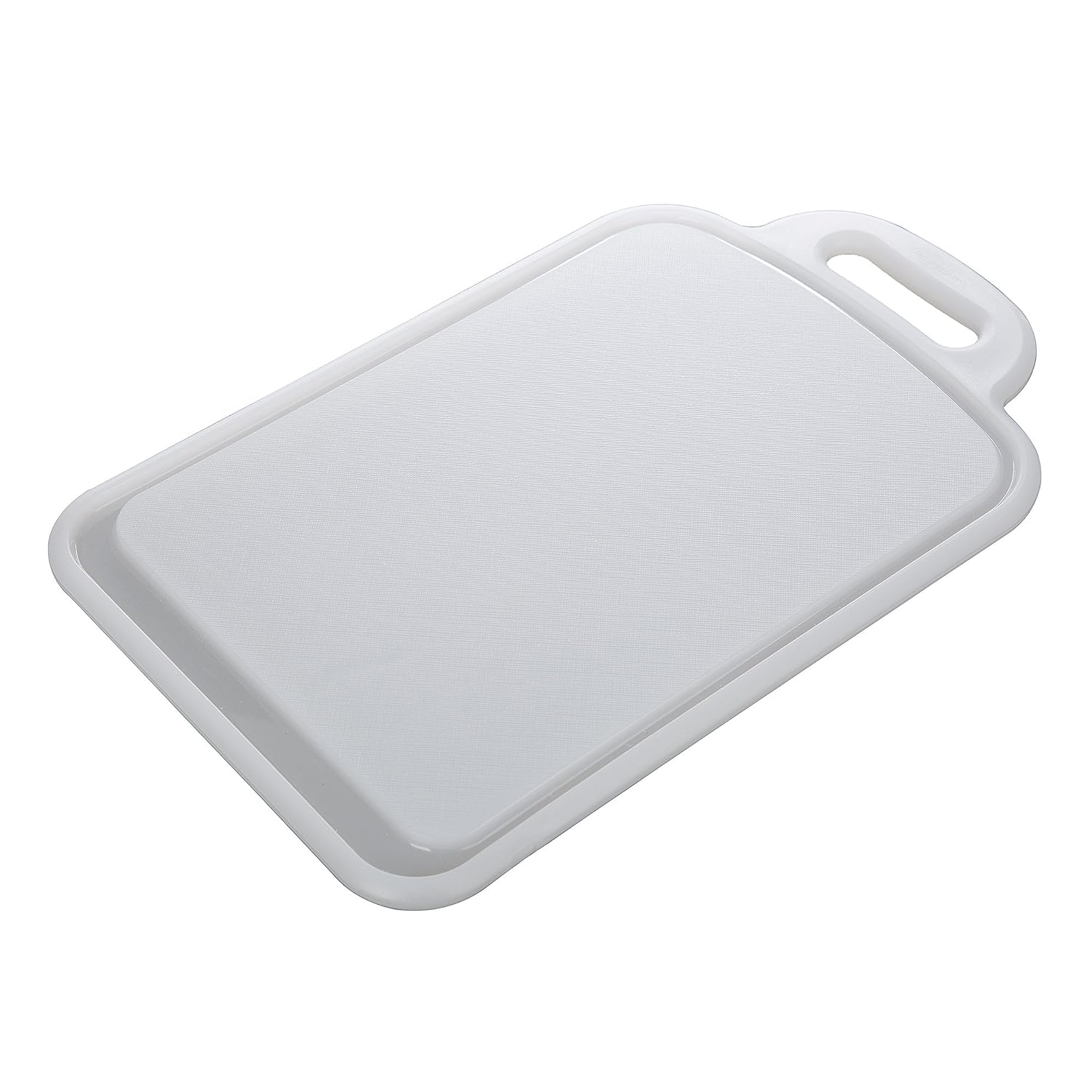