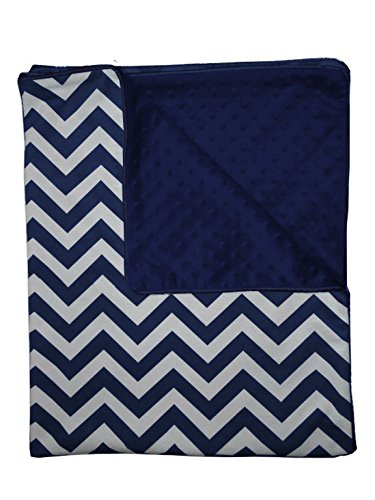 Baby doll bedding's minky chevron crib comforter for your young one. Made from the softest chevron and solid minky fabrics, this modern designed comforter measures 5" x 44". Machine washable. Proudly manufactured in the USA.