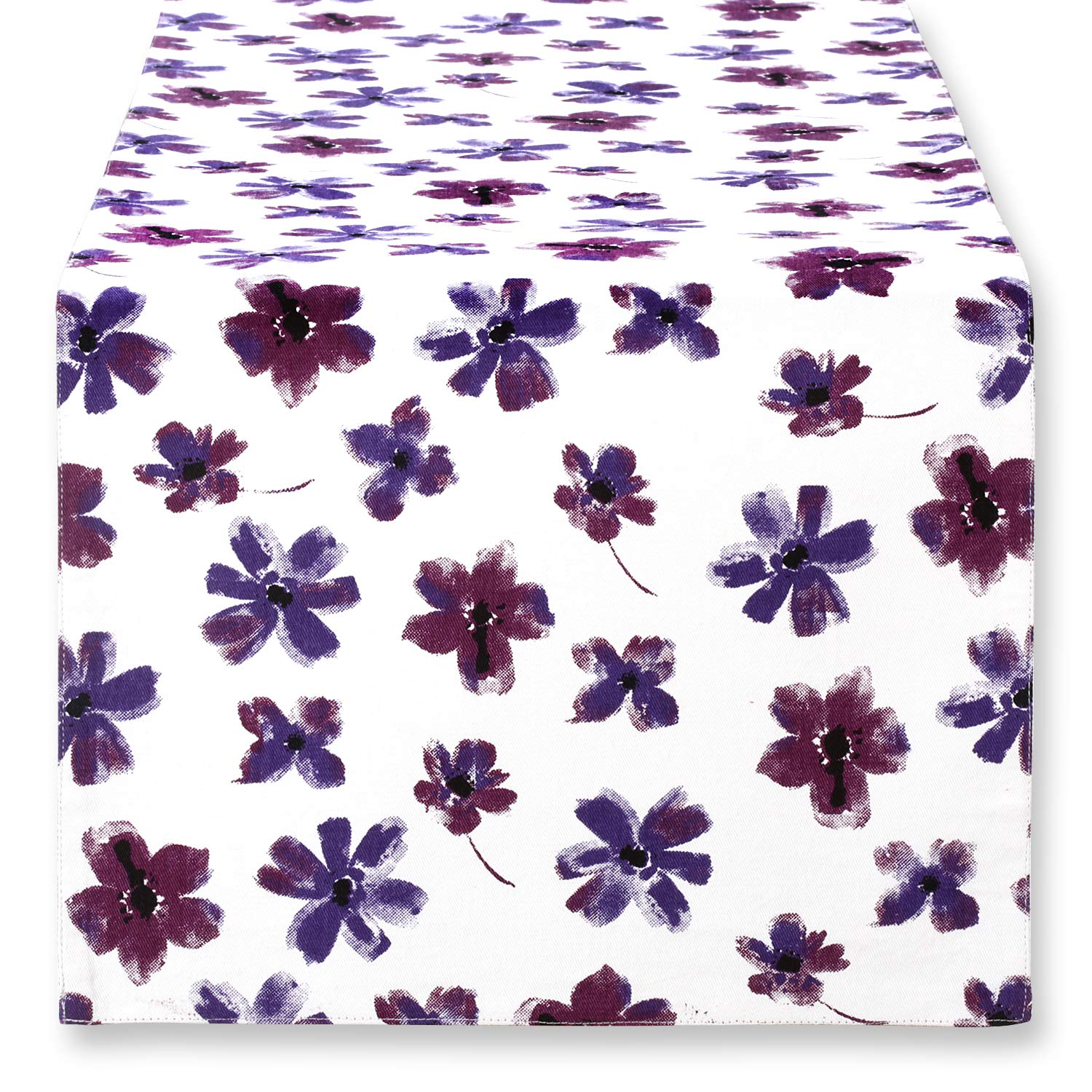 Beautiful table runner featuring a lilac inspired floral design. Reversible to solid purple side. Measures x 70 inches. 00% cotton. Machine wash cold, line dry. Made in India. This beautiful runner is great for entertaining or to enjoy everyday. Matching placemats and tablecloth available separately. Perfect to add a splash of color to any room. 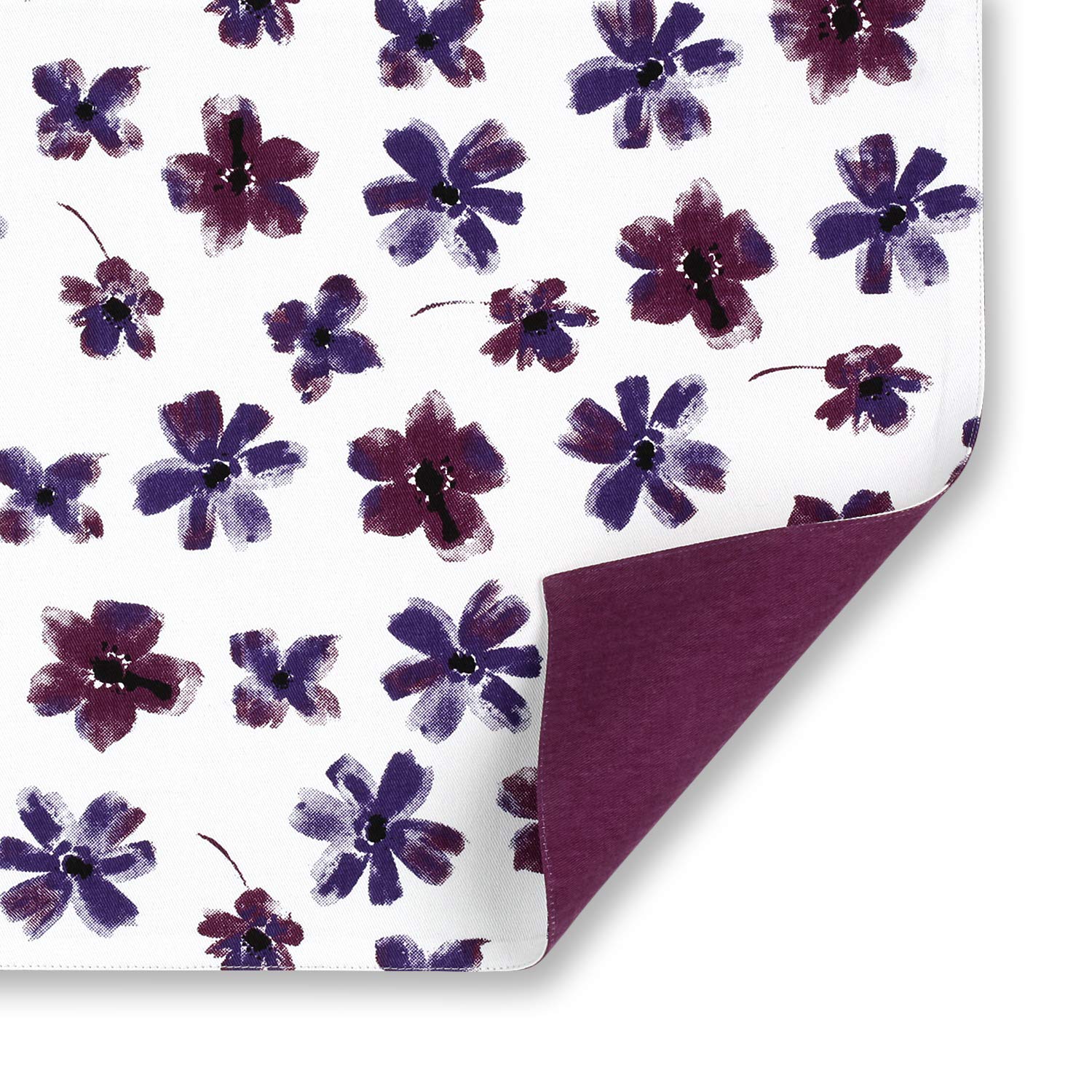 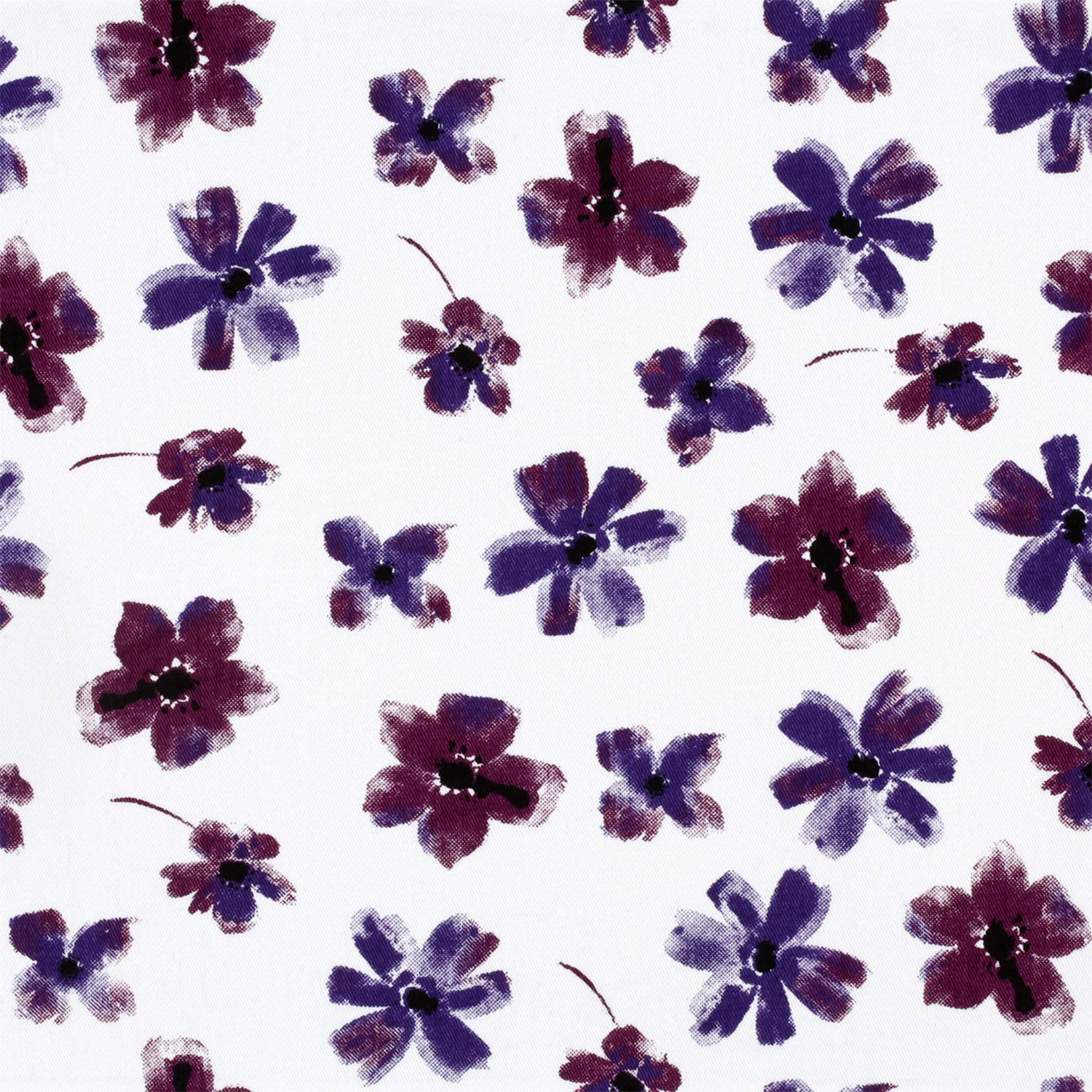