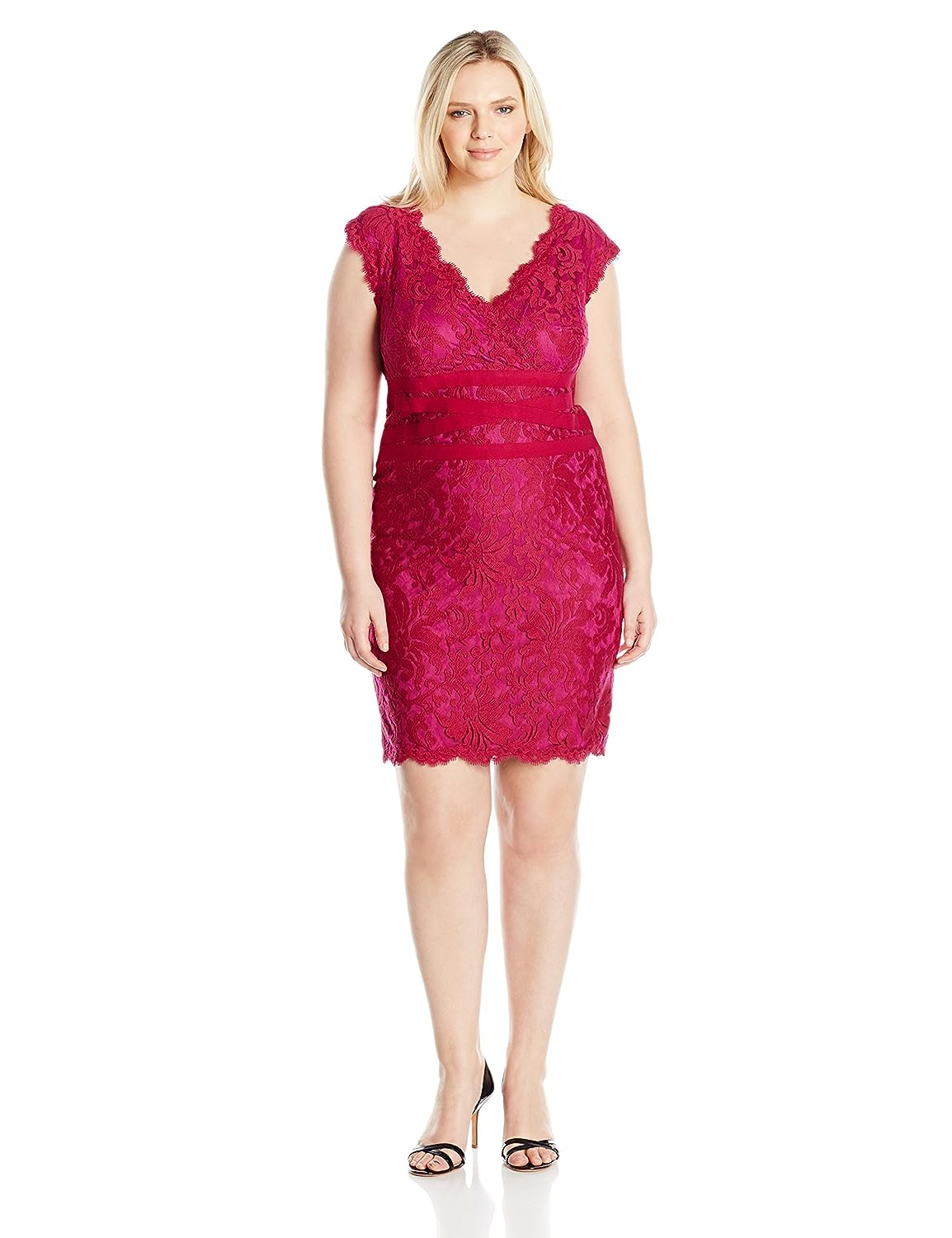 A curve-hugging silhouette tailored out of gorgeous embroidered lace, this sheath exudes elegance. Eyelash-Finished scallop trim at the neckline, hem and sleeve lends a delicate touch, while the ribbon applique snaking around the waist imparts a subtle sexiness. .