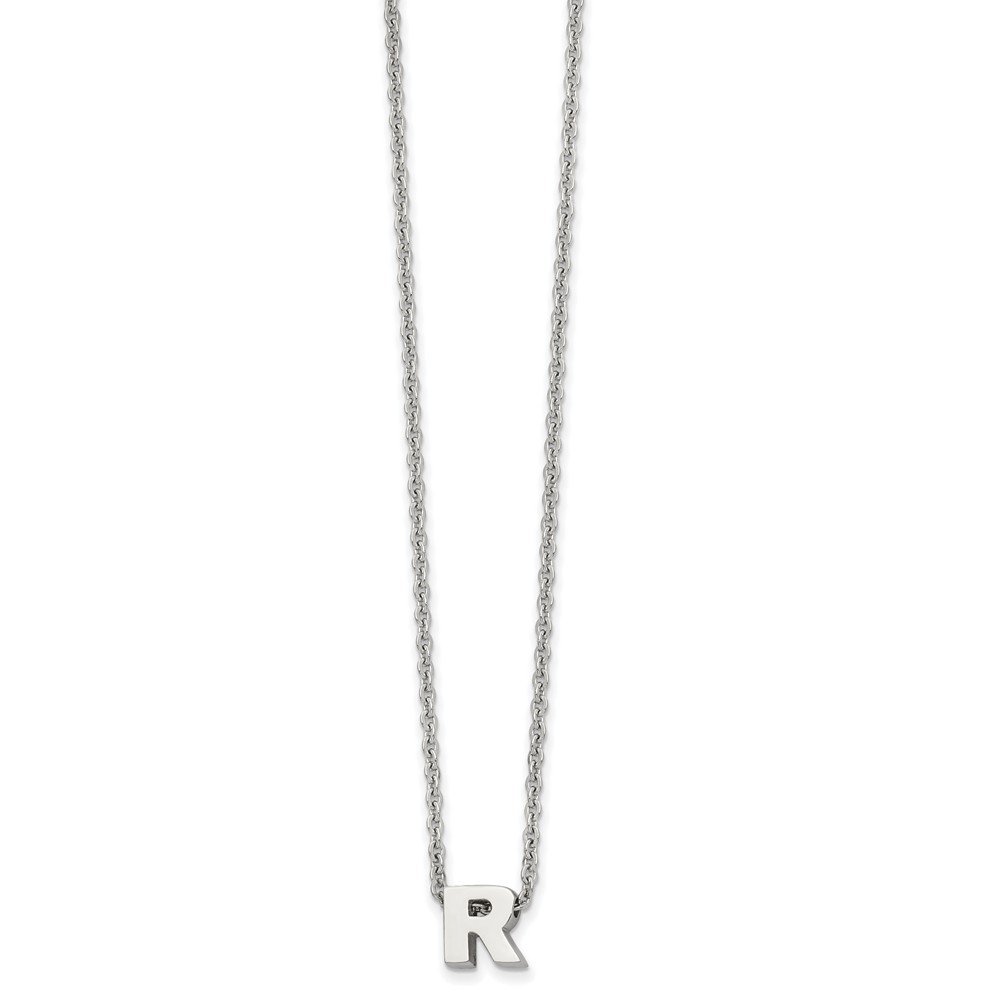 Stainless Steel Polished letter R w/ 2in ext. 18in Necklace, Length: 18 in,
Finish:Polished
Length of Item:20 in
Chain Length:18 in
Chain Type:Cable
Chain Width:1.75 mm
Charm/Element Length:8.35 mm
Charm/Element Width:7.95 mm
Clasp /Connector:Lobster (Fancy)
Extender Length:2 in
Material: Primary:Stainless Steel
Engravable:Not Recommended
Packaging:Gift Boxed
Product Type:Jewelry
Jewelry Type:Necklaces
Sold By Unit:Each
Necklace Type:Necklace with Pendants
Pendant/Charm Type:Personalized
Material: Primary - Color:White
Number of Elements:1
For over 40 years, has been one of the largest jewelry brokers in Minnesota. Our GIA trained staff has a combined 100+ years of diamond and jewelry experience. We have onsite diamond setters, goldsmiths and designers. Feel free to contact us for any repair work or custom design/CAD CAM work. Whatever you purchase from us you can rest assured we work hard to make sure you