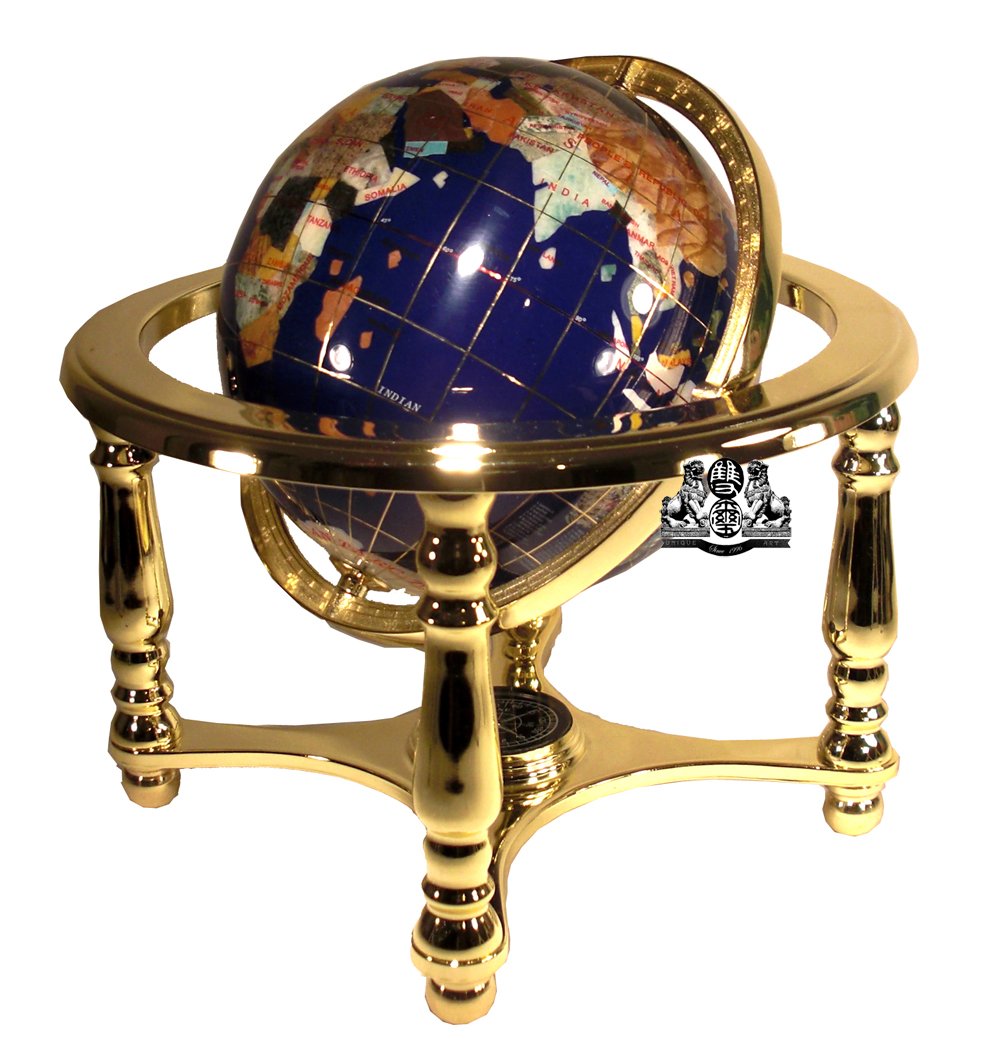 This unique gemstone globe is brand new and in perfect condition. It is painstakingly handcrafted by the most talented artists by, using more than 0 different semi-precious gemstones from all over the world! This globe have used large amount of lapis stone that pulverized, and mixed With an epoxy And Poured to make the ocean part of the globe (it is a very complicated and expensive procedure, precise control of temperature is the most essential factor in the processing cycle). This is a huge amount of striking and dramatic hand-crafted stone work. This globe is built with the beautiful ornate, 4-leg heavy gold stand into which the globe has been carefully mounted. At the bottom of the stand, a precise glass-topped integral brass compass is incorporated to complement the globe. Each country is inlaid from a different stone, and the stones are individually cut and ground to exacting interlocking shapes, polished and set into this exquisite piece of art with care and attention to adjacencies. The elements of the globe are created out of lapis lazuli, mother of pearl, amethyst, African jade, tiger's eye, jasper, turquoise, purple quartz, onyx, unakite, abalone, green marble and many other beautifully hued and richly veined stones. The latitude and longitude lines are very thin ribbons of polished brass, embedded through the globe. Each globe requires ten individual steps to compose and it takes more than 500 hours of labor to complete!10" Tall, globe itself is " in Diameter