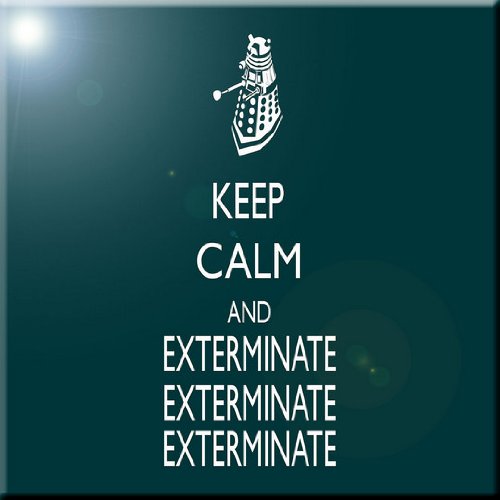 The Keep Calm and Exterminate SM Green Color Ceramic Gloss tile is made of commercial vibrant quality and measures 12" x 12" . The Beautiful Art Photo Reproduction make these ceramic tiles suitable for use as wedding gifts, corporate gifts, or home decor as a backsplash or countertop, etc... These ceramic tiles can also be matched up with other products we have such as Cutting Boards, Wood Keepsake Boxes, Trivets, mugs, etc.. Disclaimer: All images are printed directly into the material - The Texture of the image will always be a flat surface. Any images that appears to be 3d, textured, or glittery are flat printed images and are proudly printed in the USA.