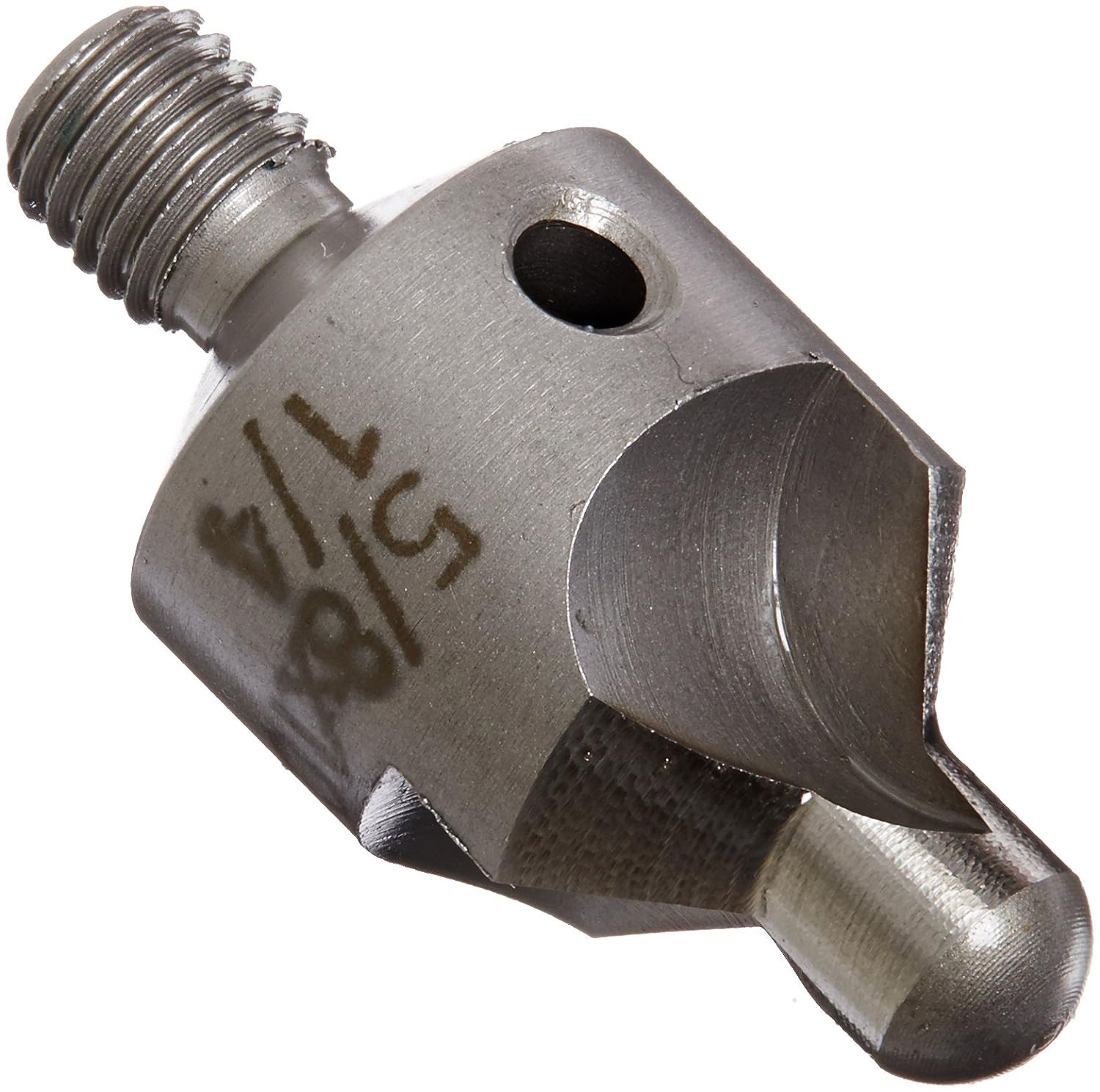 TSC series countersink cutters may be used in all popular adjustable or micro-stop countersinking units utilizing a 1/4"-28 threaded shank drive. Made from the finest high speed tool steel. Precision ground to exacting tolerances and form relieved to insure concentricity of 100 degrees countersink angle.