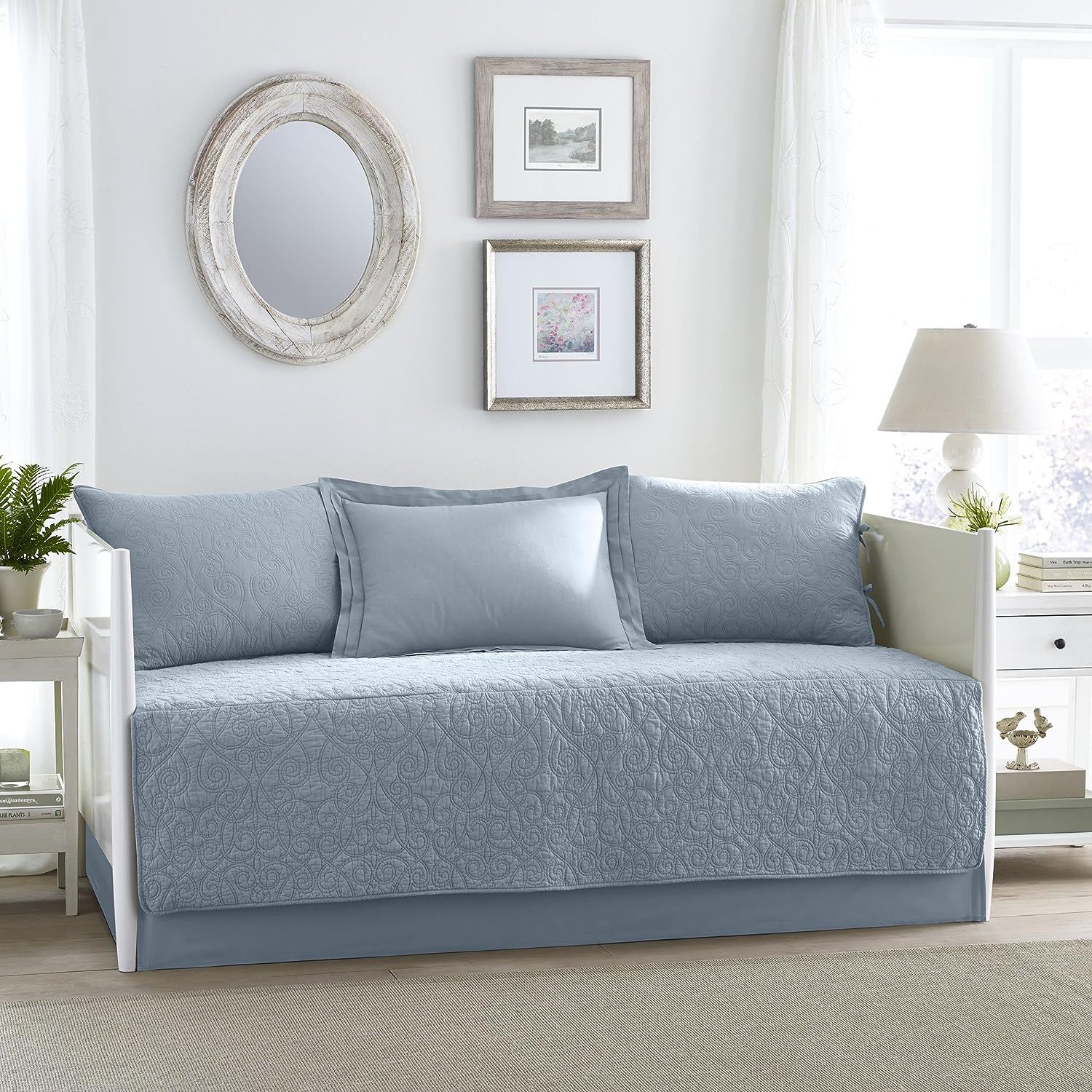 offers signature colors to create solid color basics for the bedroom. The Felicity Daybed cover sets are available in several colors they are a versatile addition to any bedroom decor. The elaborate scroll quilt stitch is inspired by classic ironwork trellis patterns and is given added dimension by a double needle stitch interpretation of the design. Hand tied closures on the shams add decorative detail. These are great for the office/den and guestroom. So easy to layer with accessories to create your own unique look. 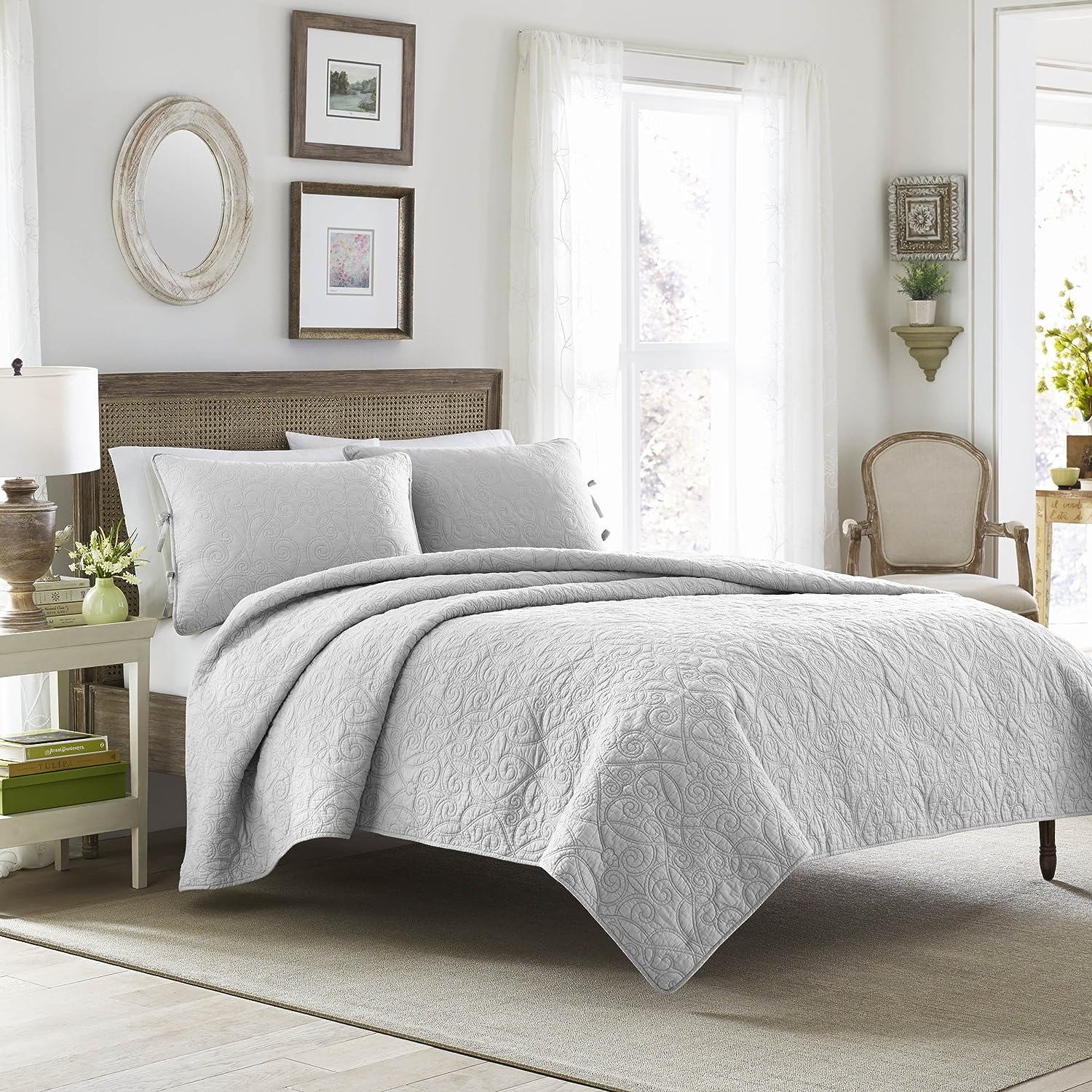 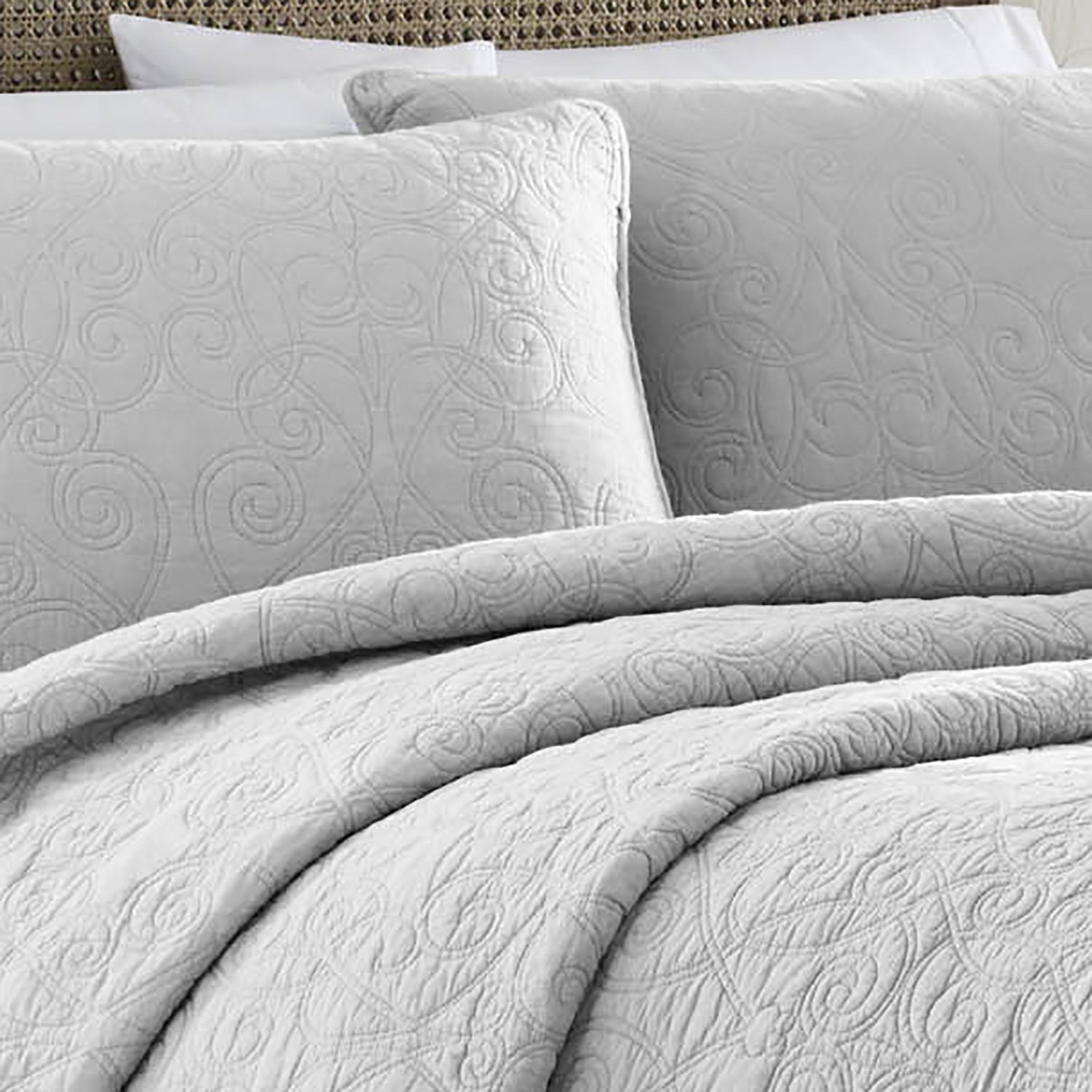 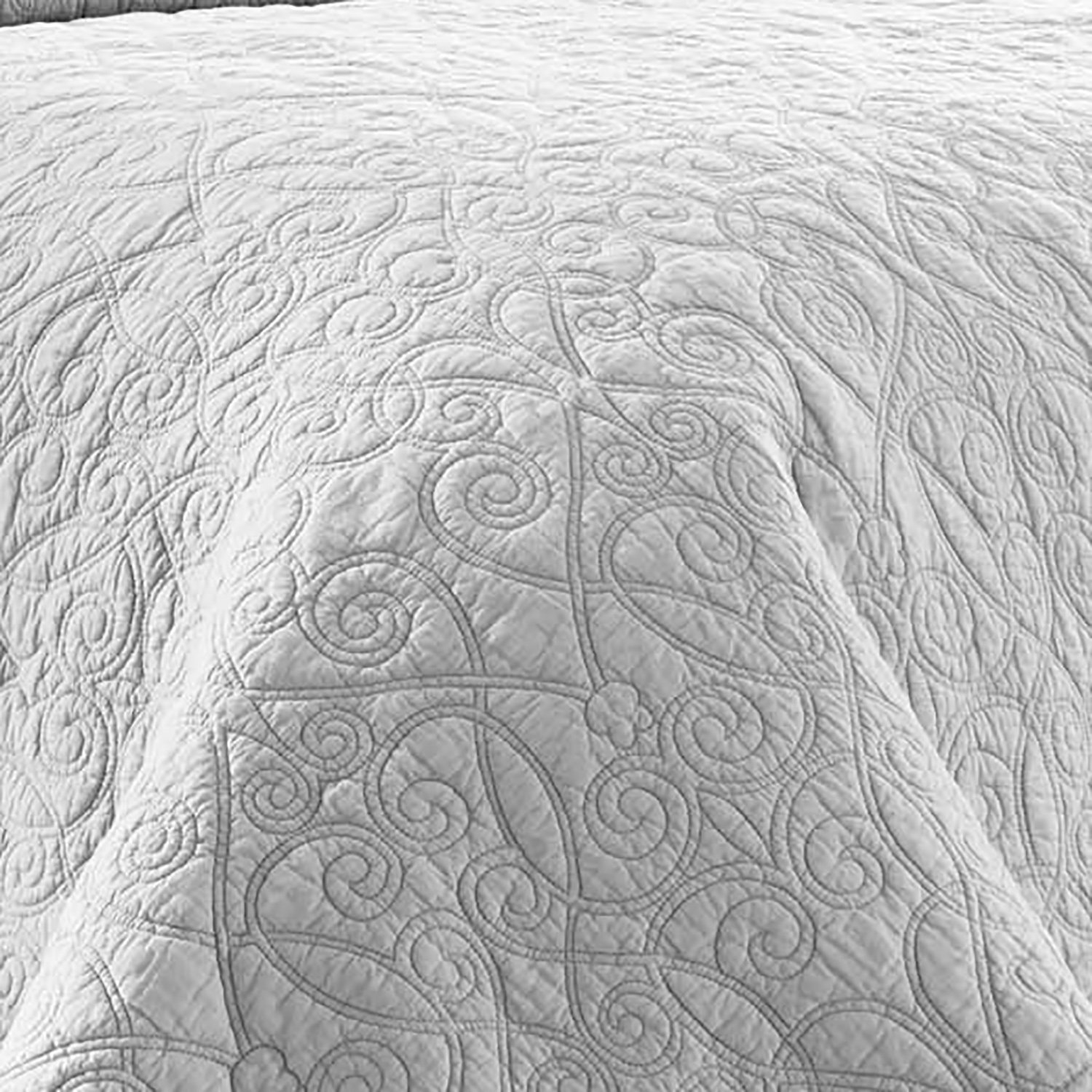 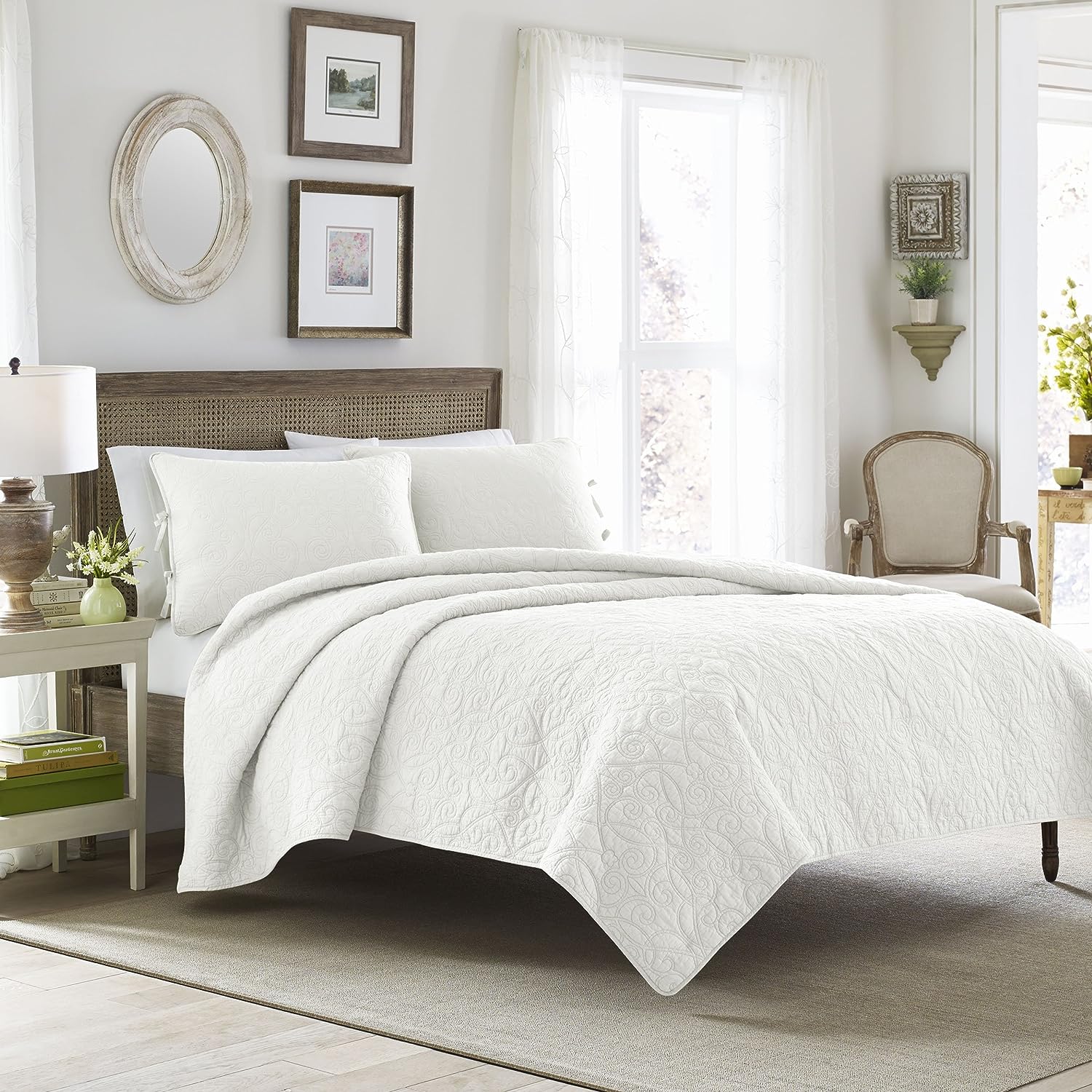 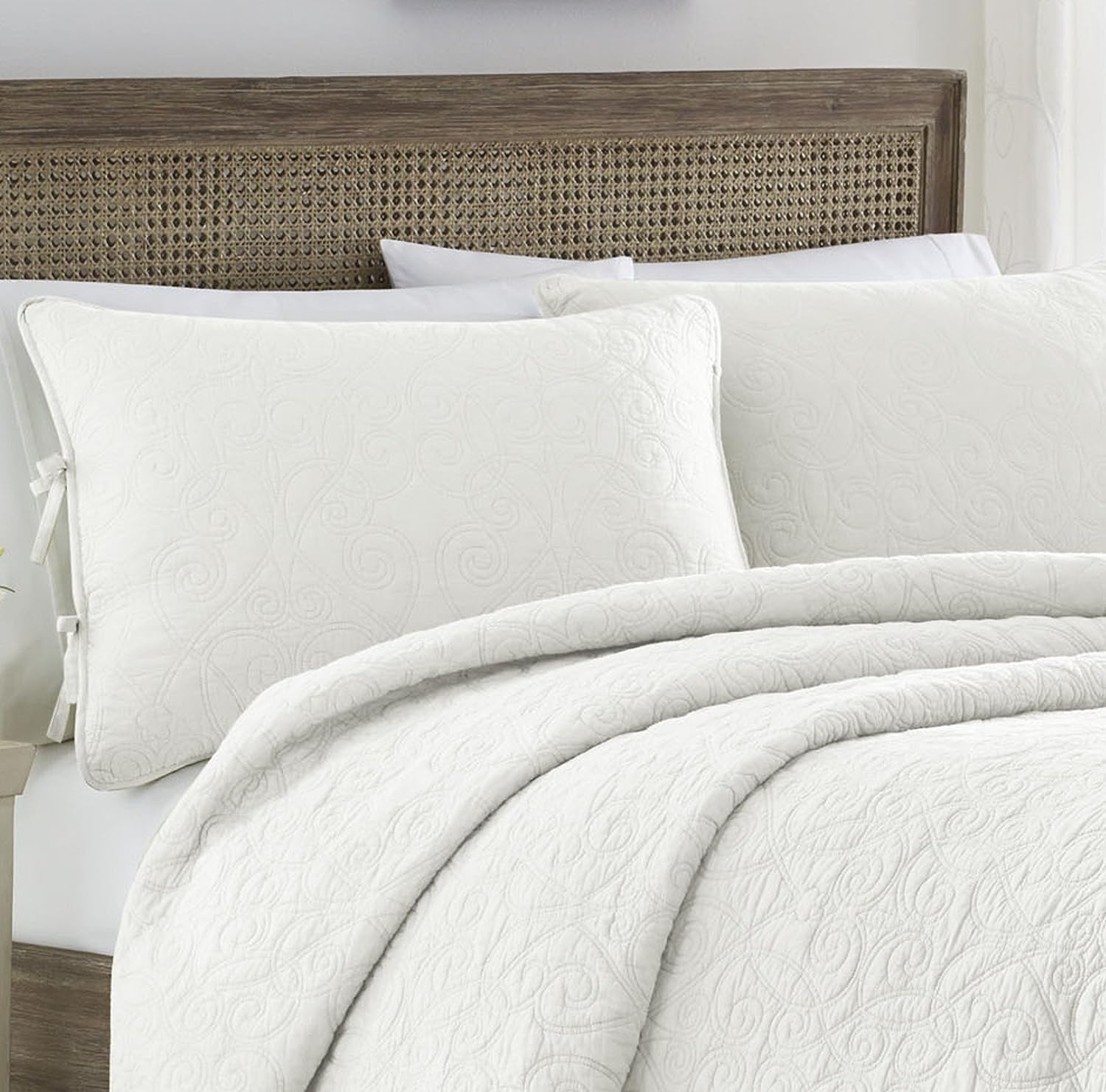 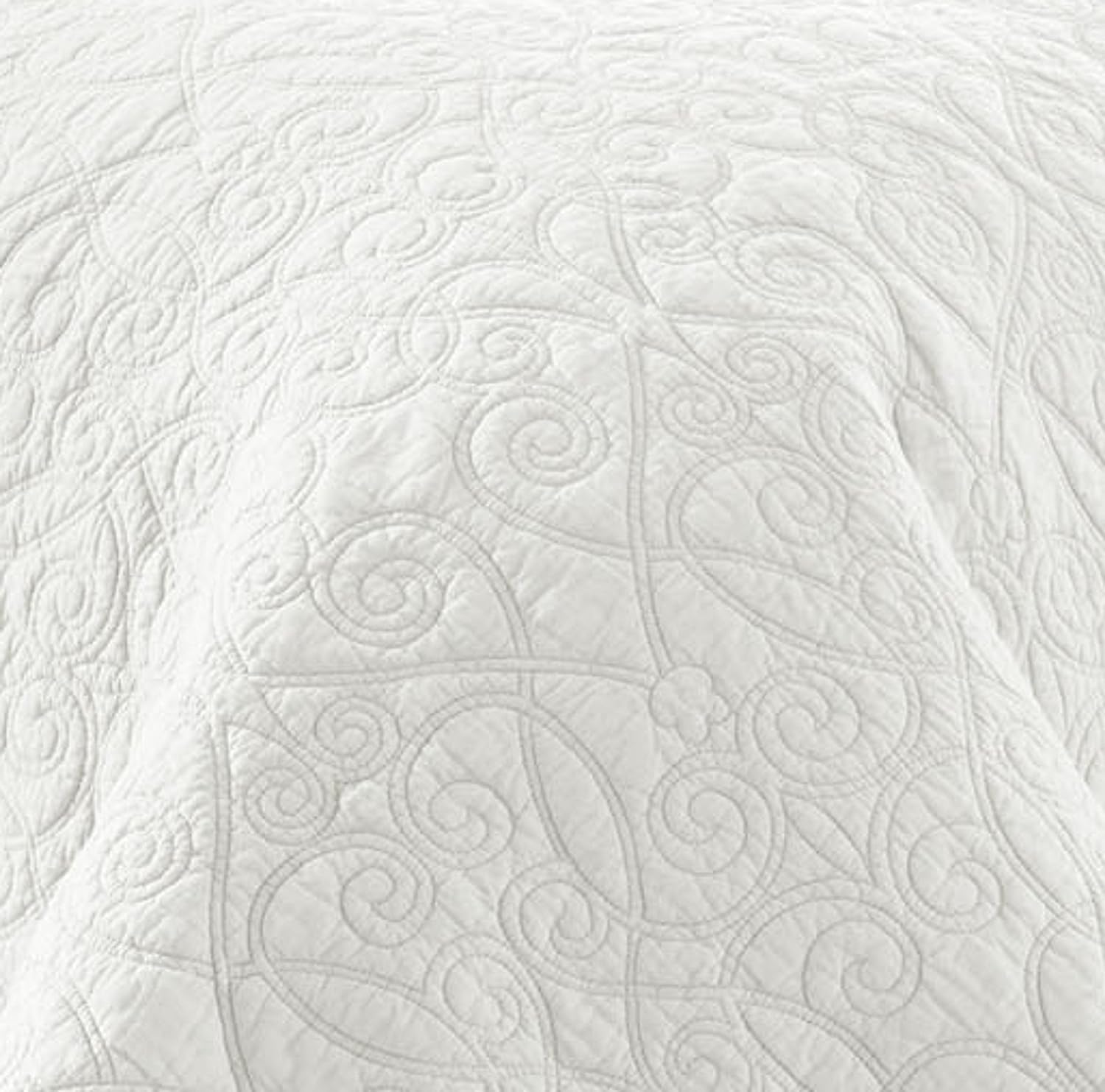 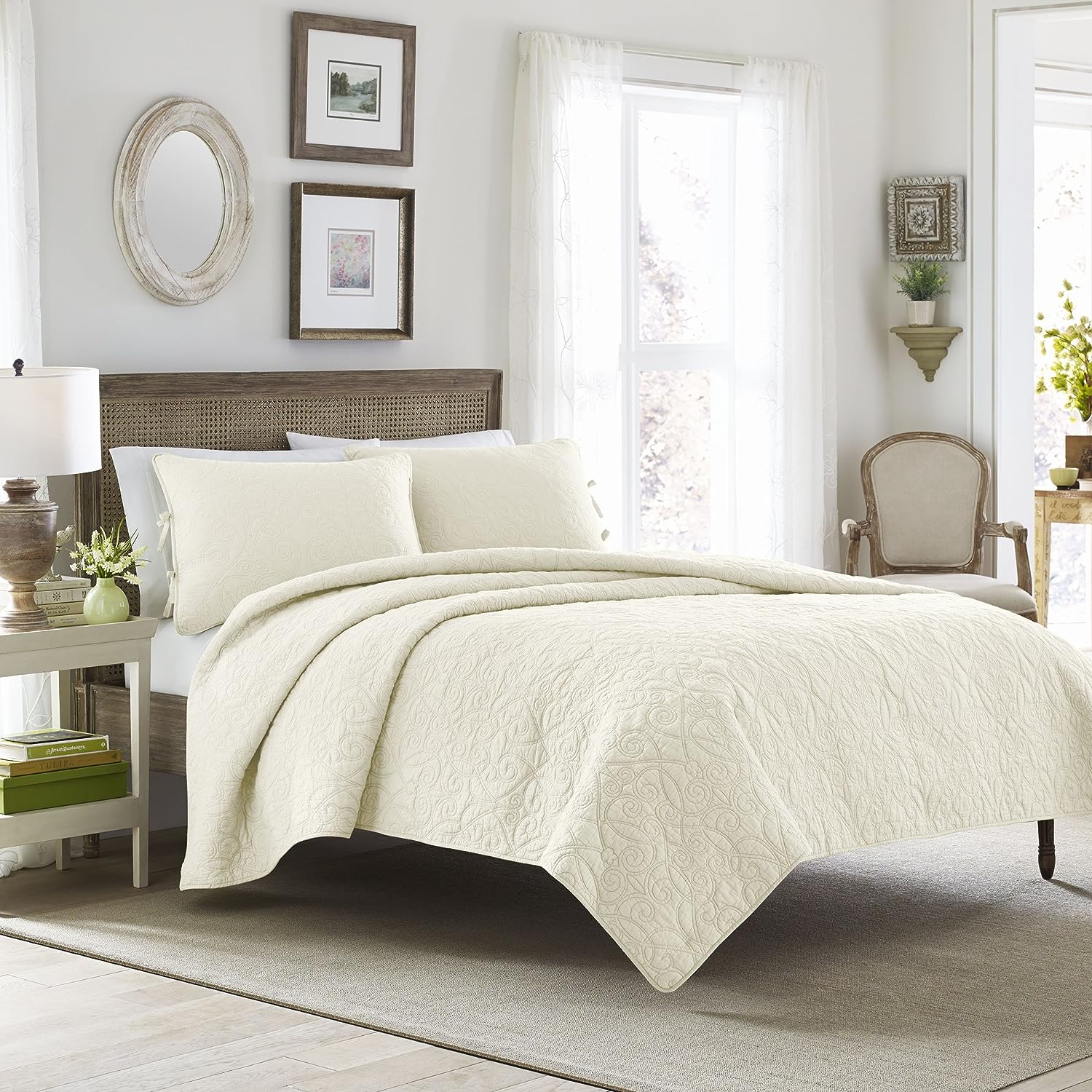 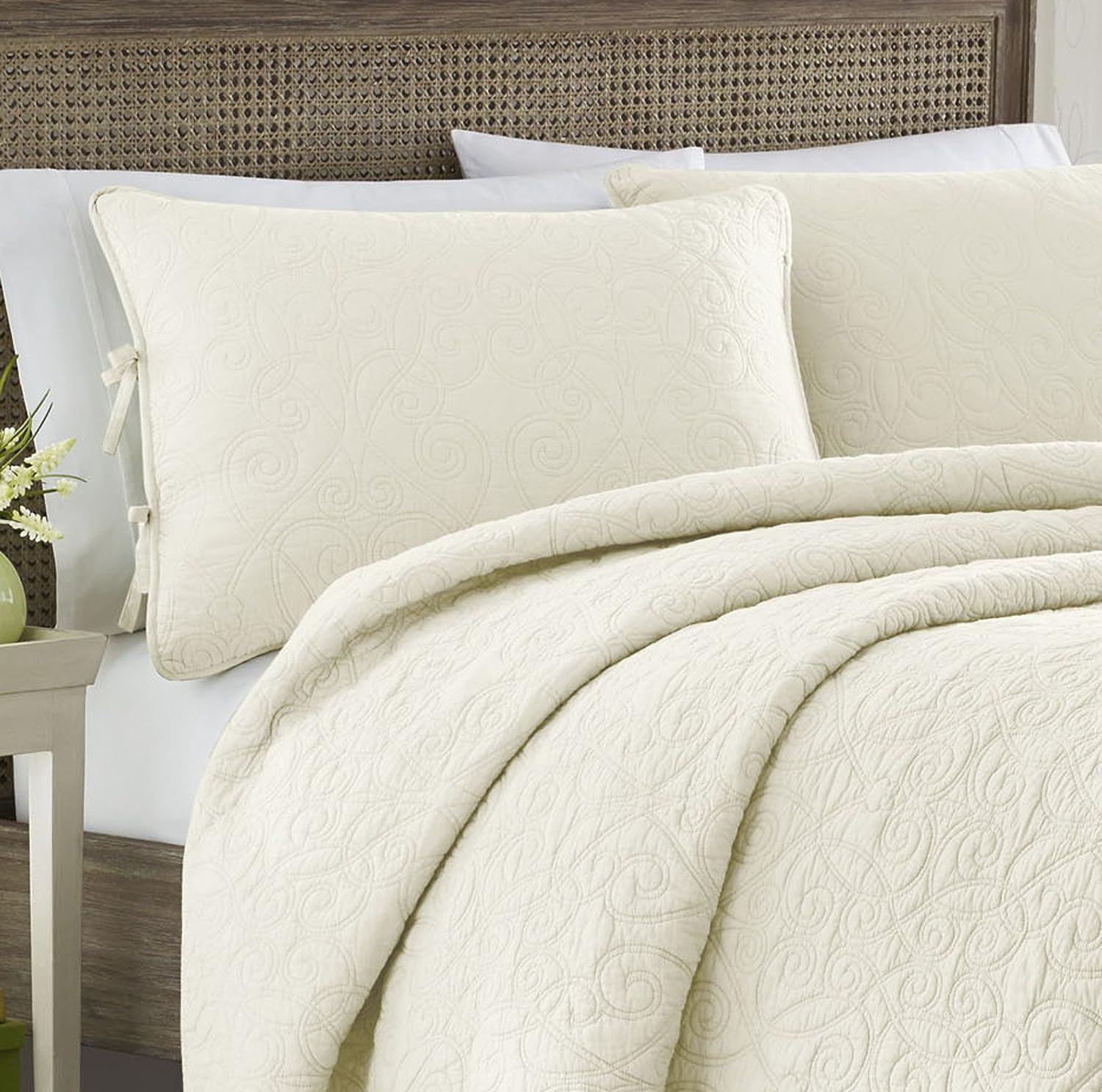 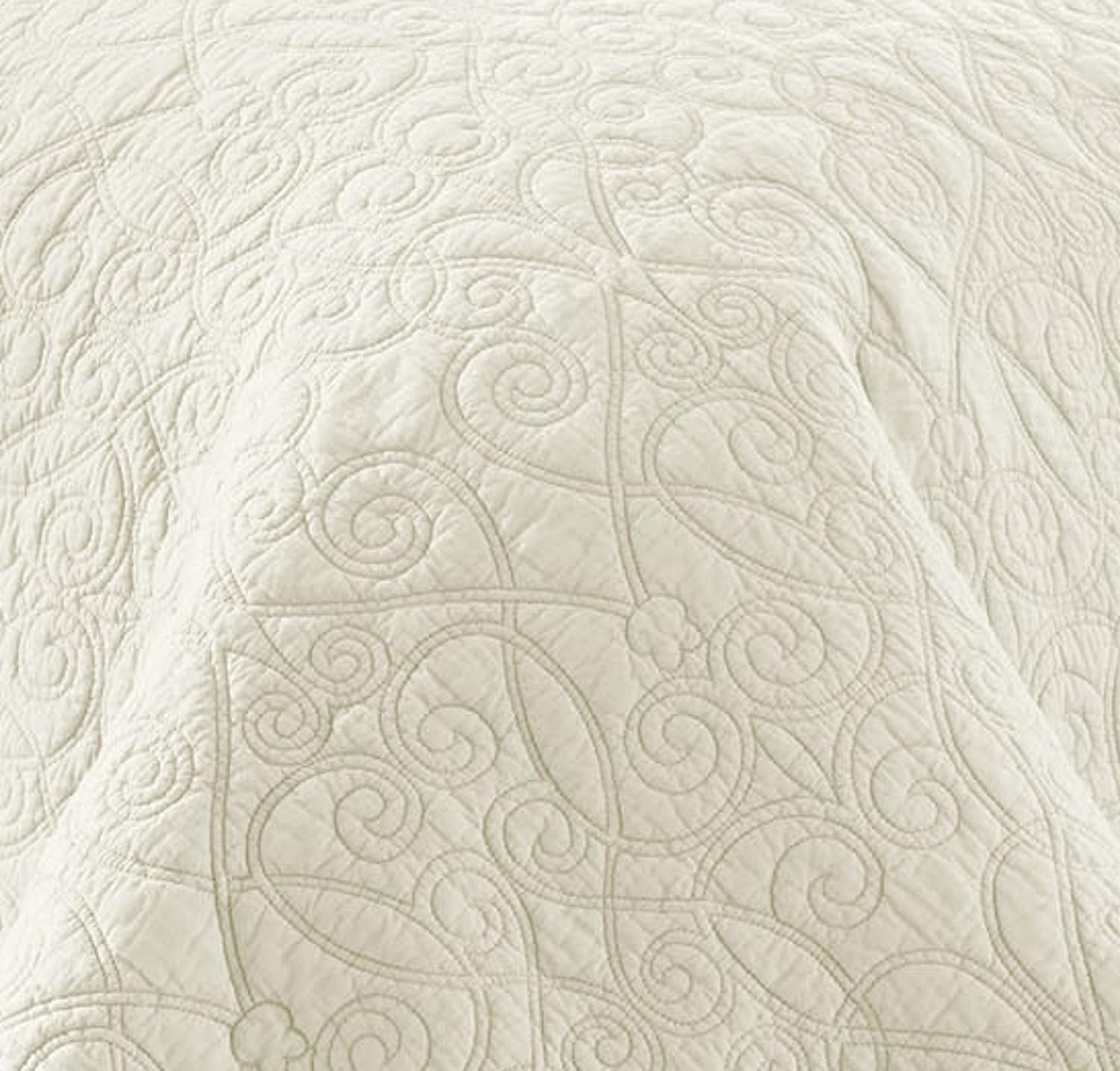 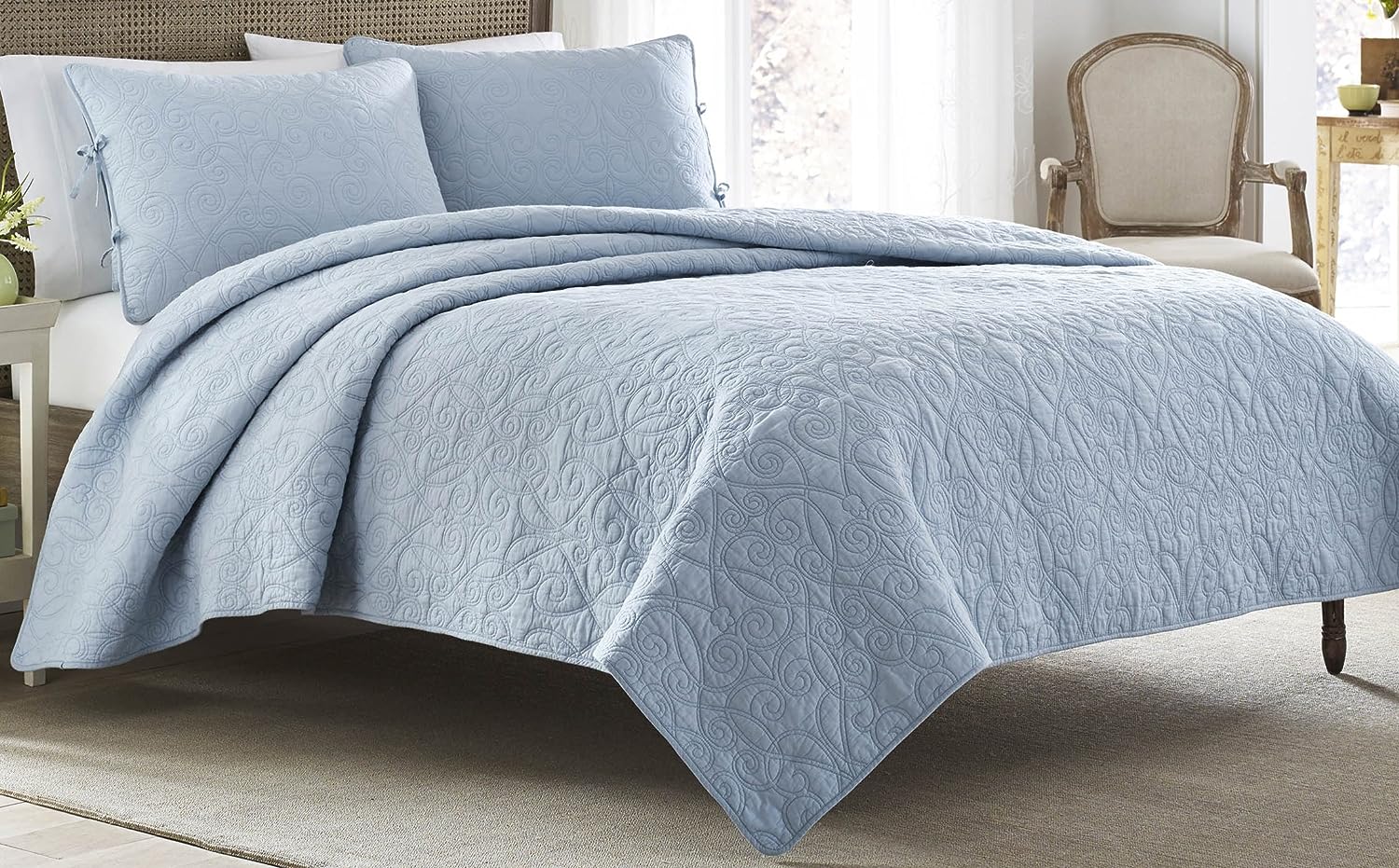 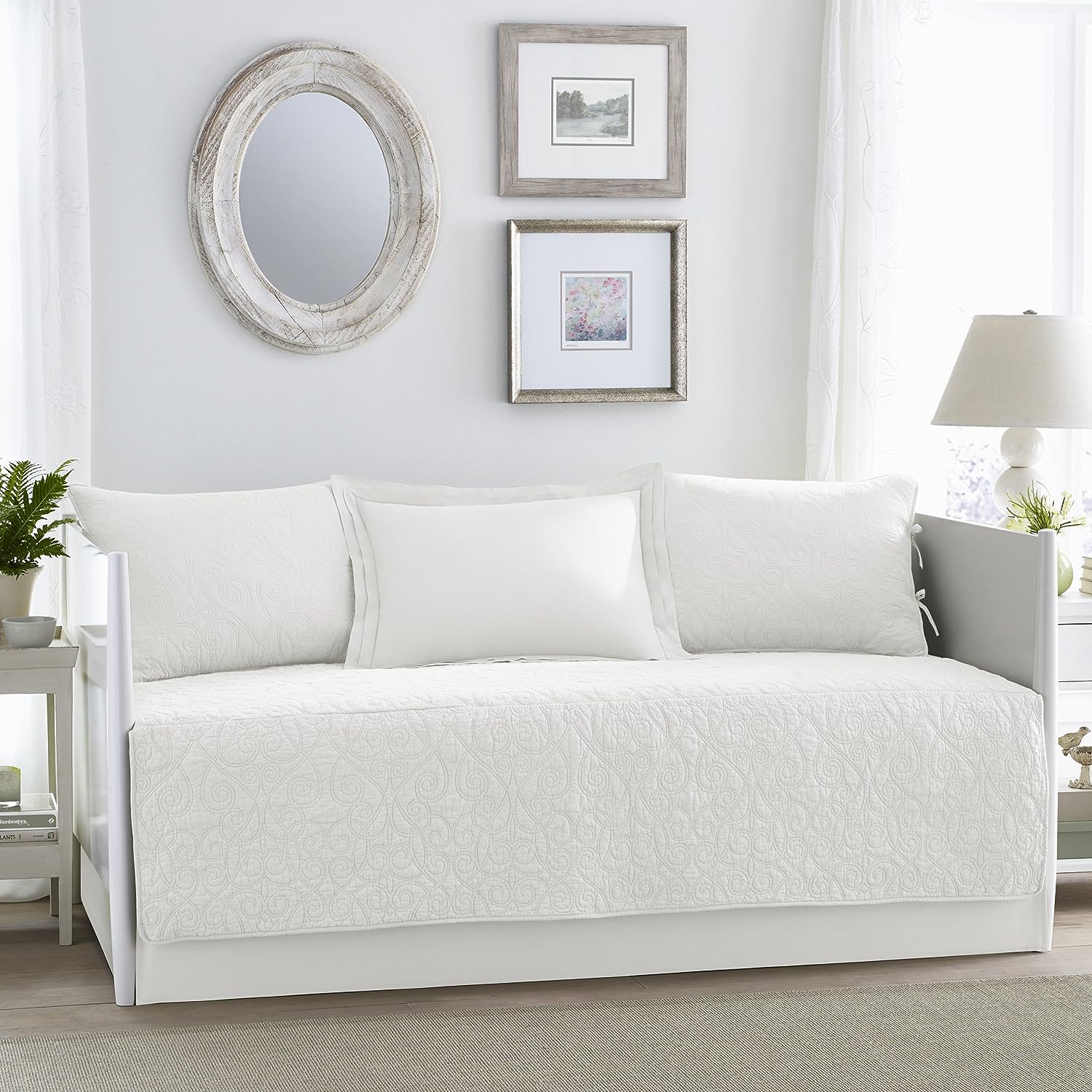 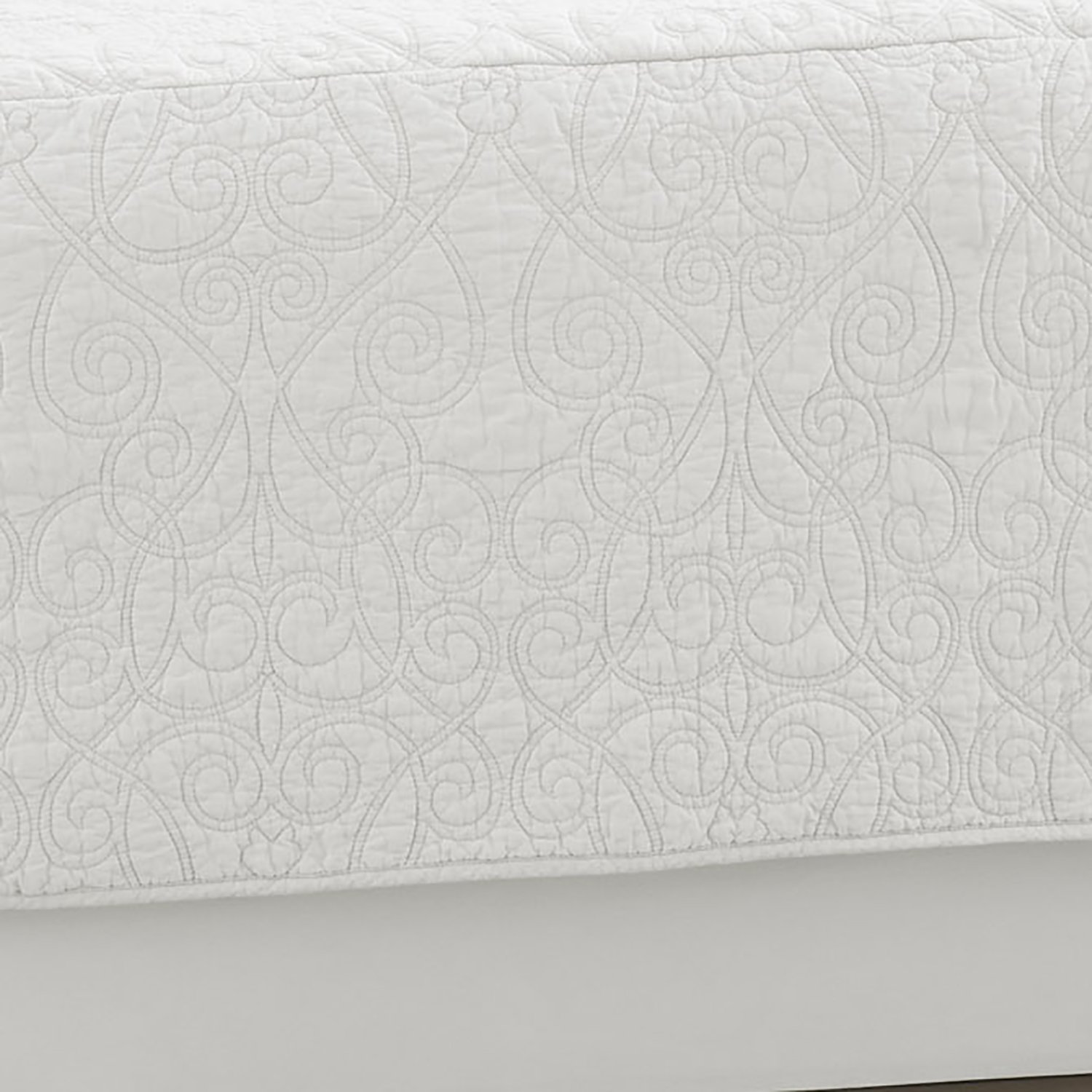 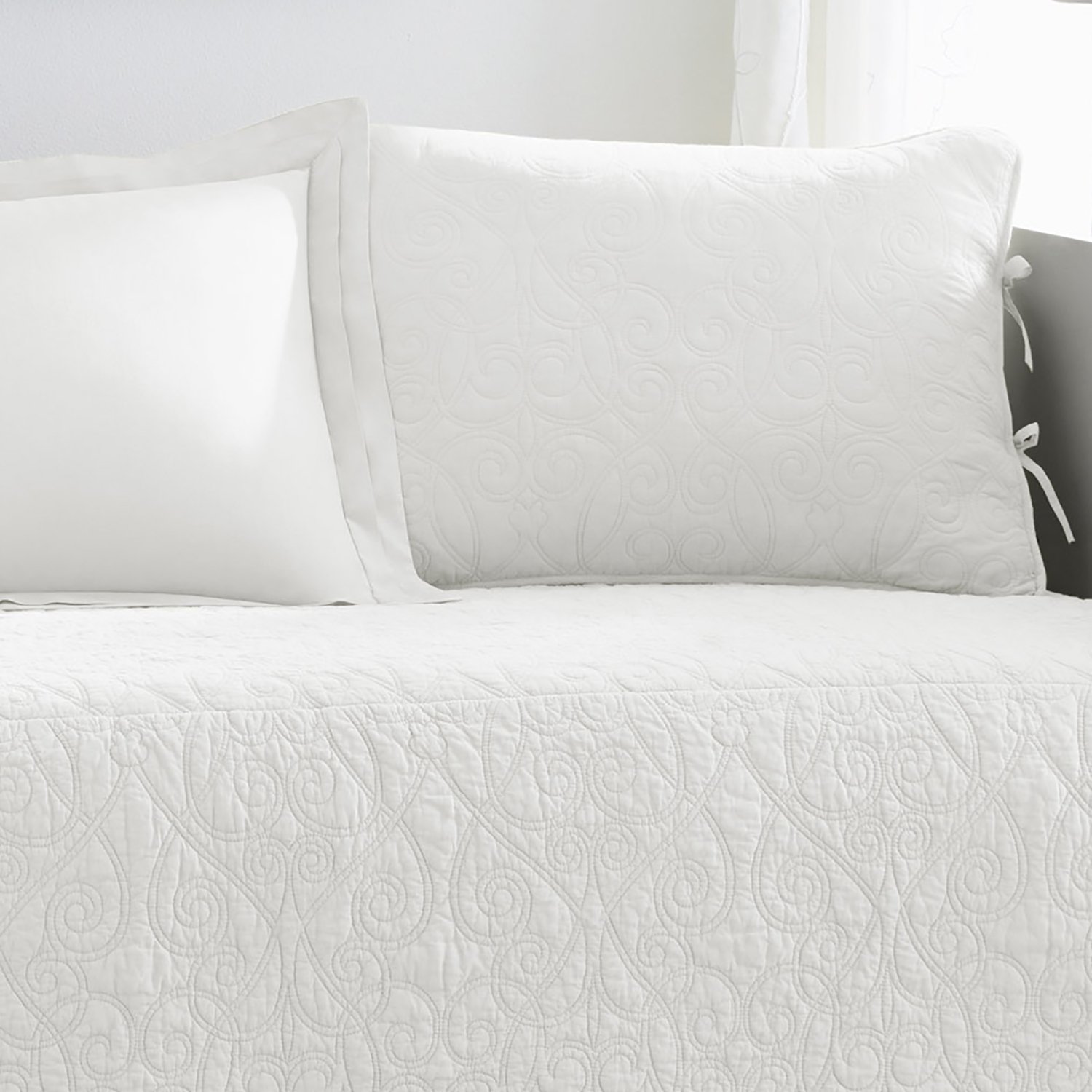 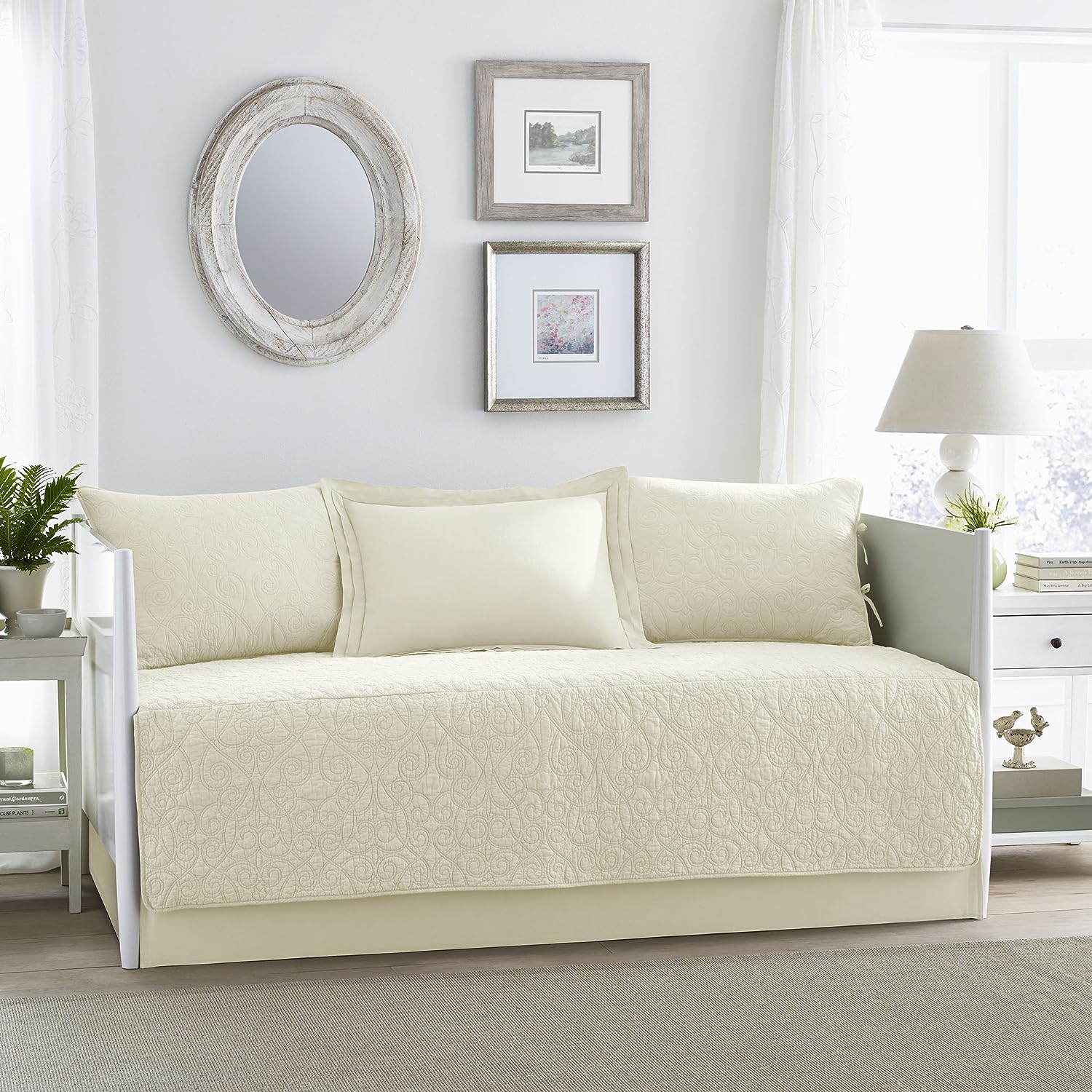 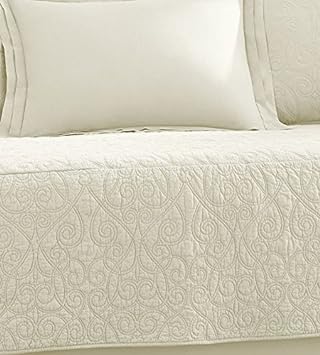 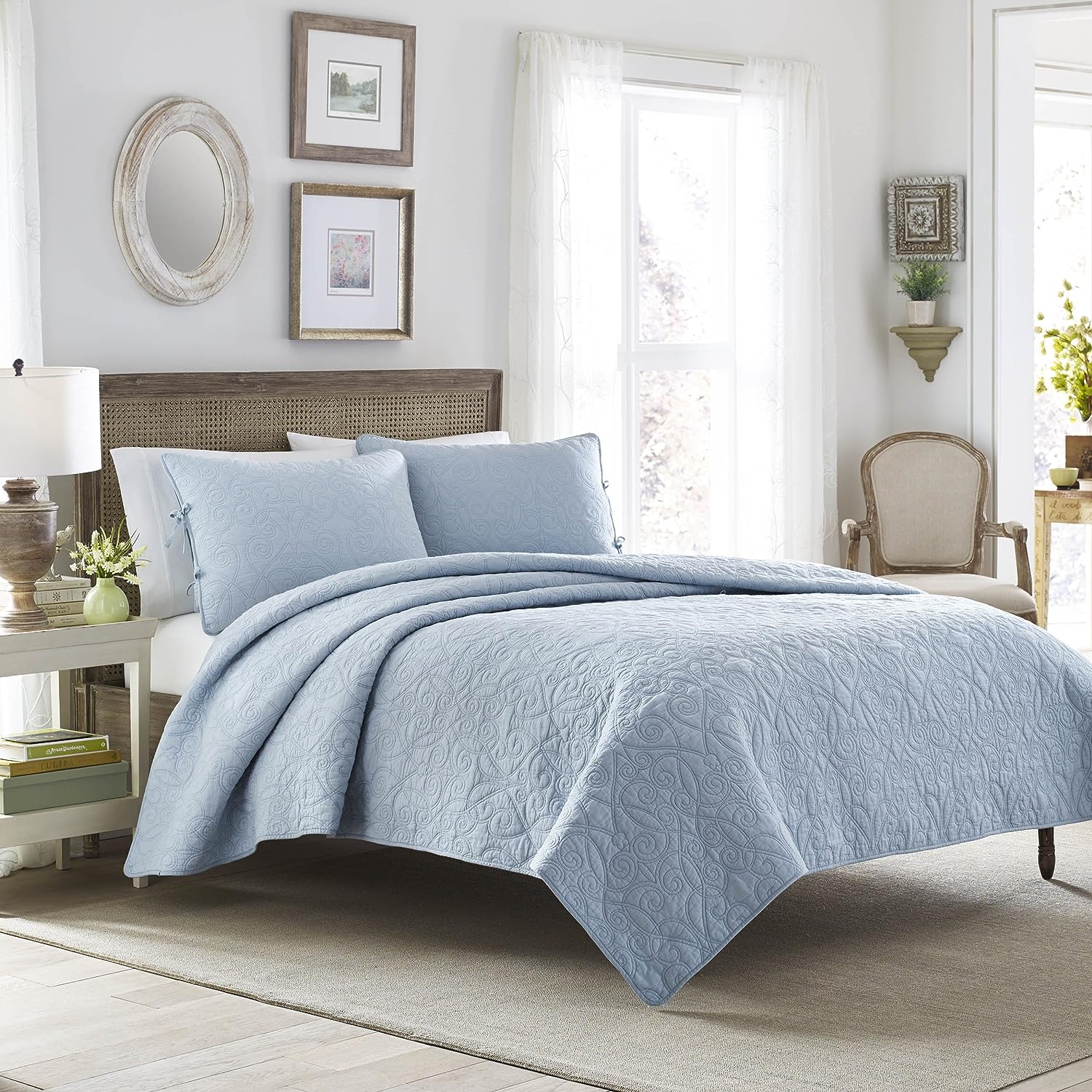 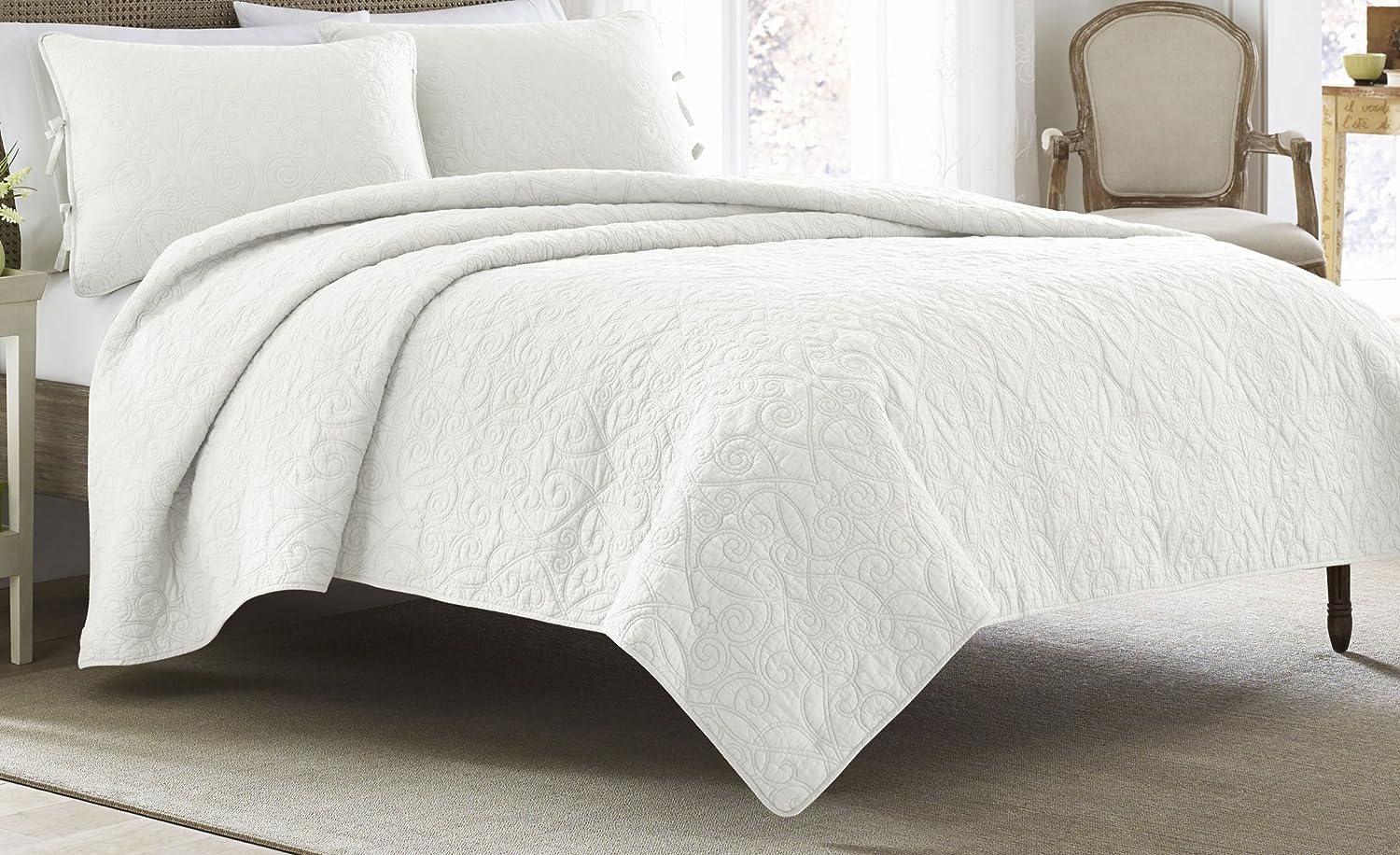 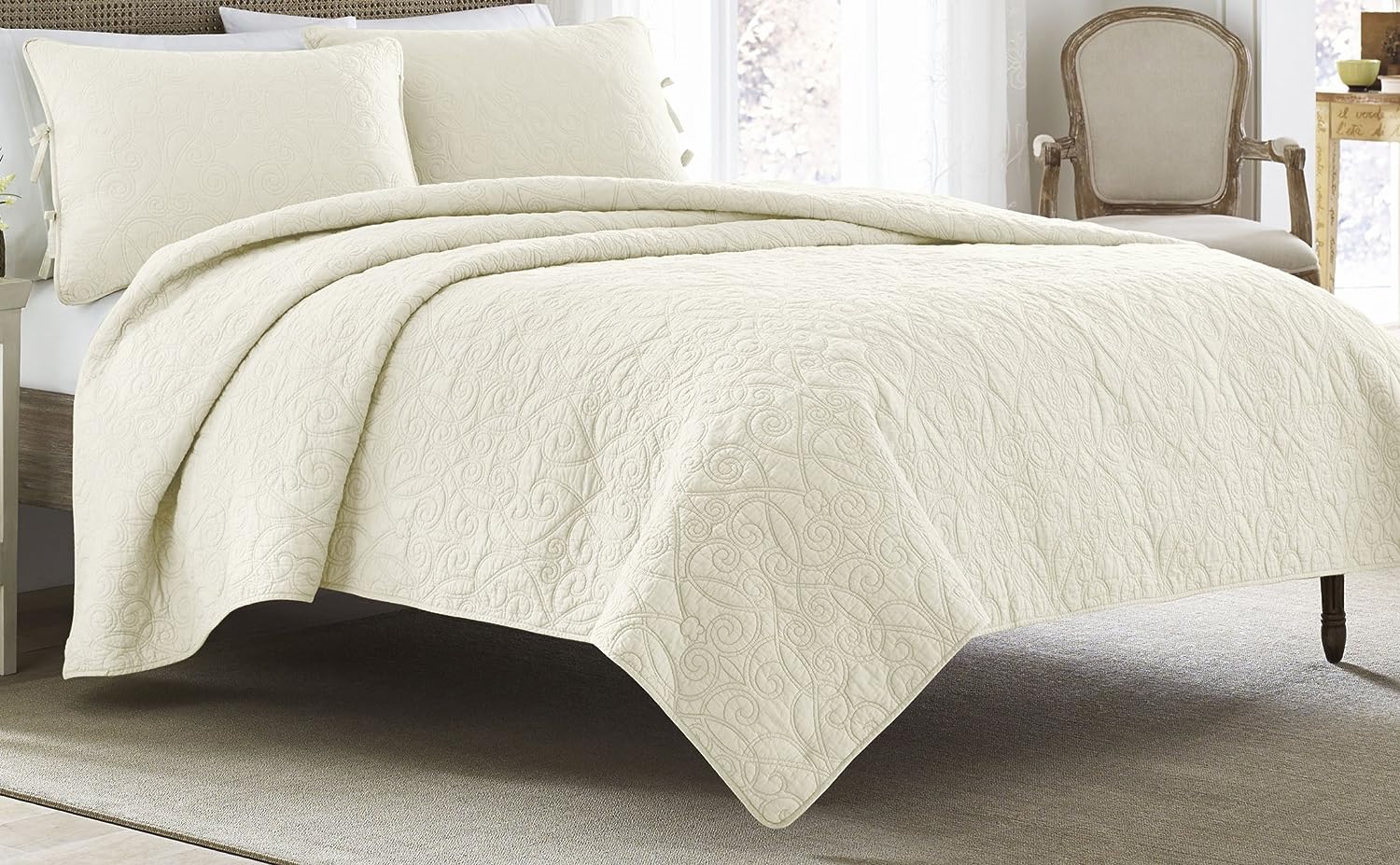 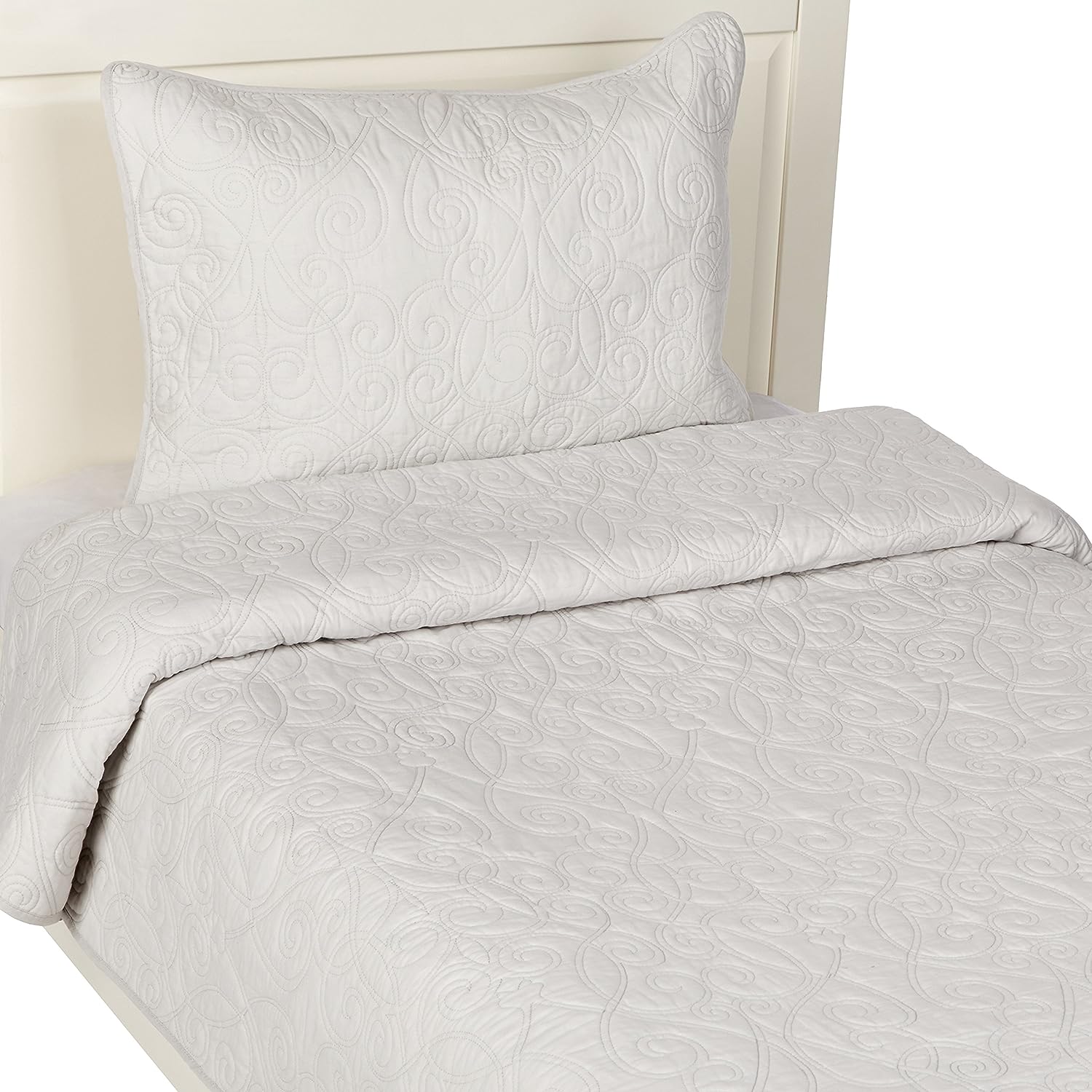 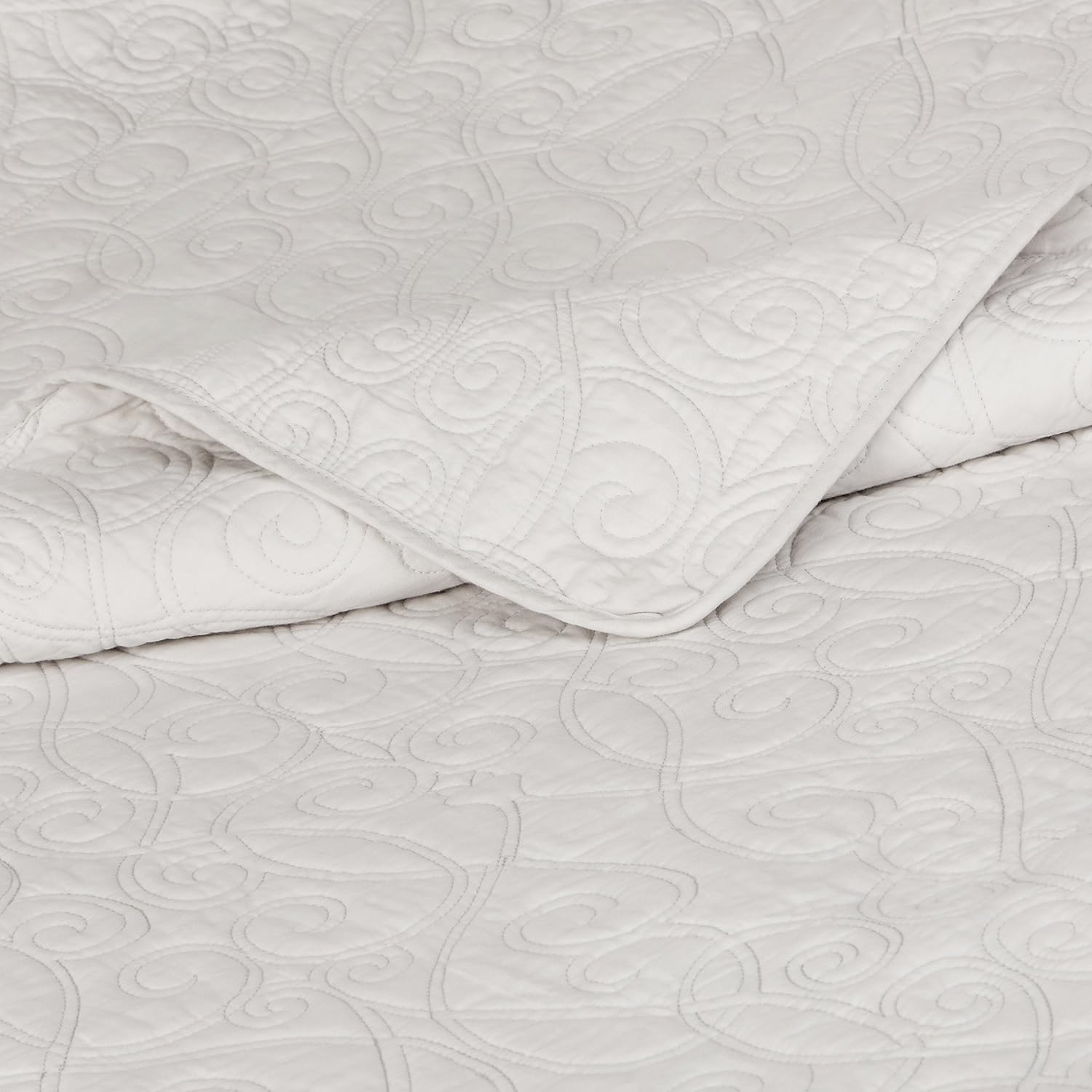