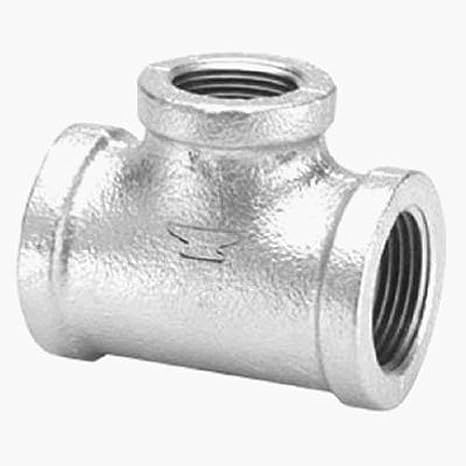 The Anvil tee is a class 150 malleable iron pipe fitting with female National Pipe Taper (NPT) threads for connecting and branching three pieces of pipe. This tee has NPT threads on all three ends for creating tighter seals than straight threads. It is made of malleable iron, which has high tensile strength, and has a galvanized finish that resists rust in water, air, and steam applications. This class 150 fitting meets standards ASTM A-197, ASME B 1.20.1, and ASME B 16.3 for quality assurance. Class is a standard relating to tolerance, construction, dimension, and wall thickness, but it is not a direct measurement of maximum working pressure.

Pipe fittings are components used for connecting, terminating, controlling flow, and changing the direction of piping in many different industries. When purchasing pipe fittings, consider the application, as this will affect material type, shape, size and required durability. Fittings are available threaded or unthreaded, in many shapes, styles, sizes, and schedules (pipe wall thickness). 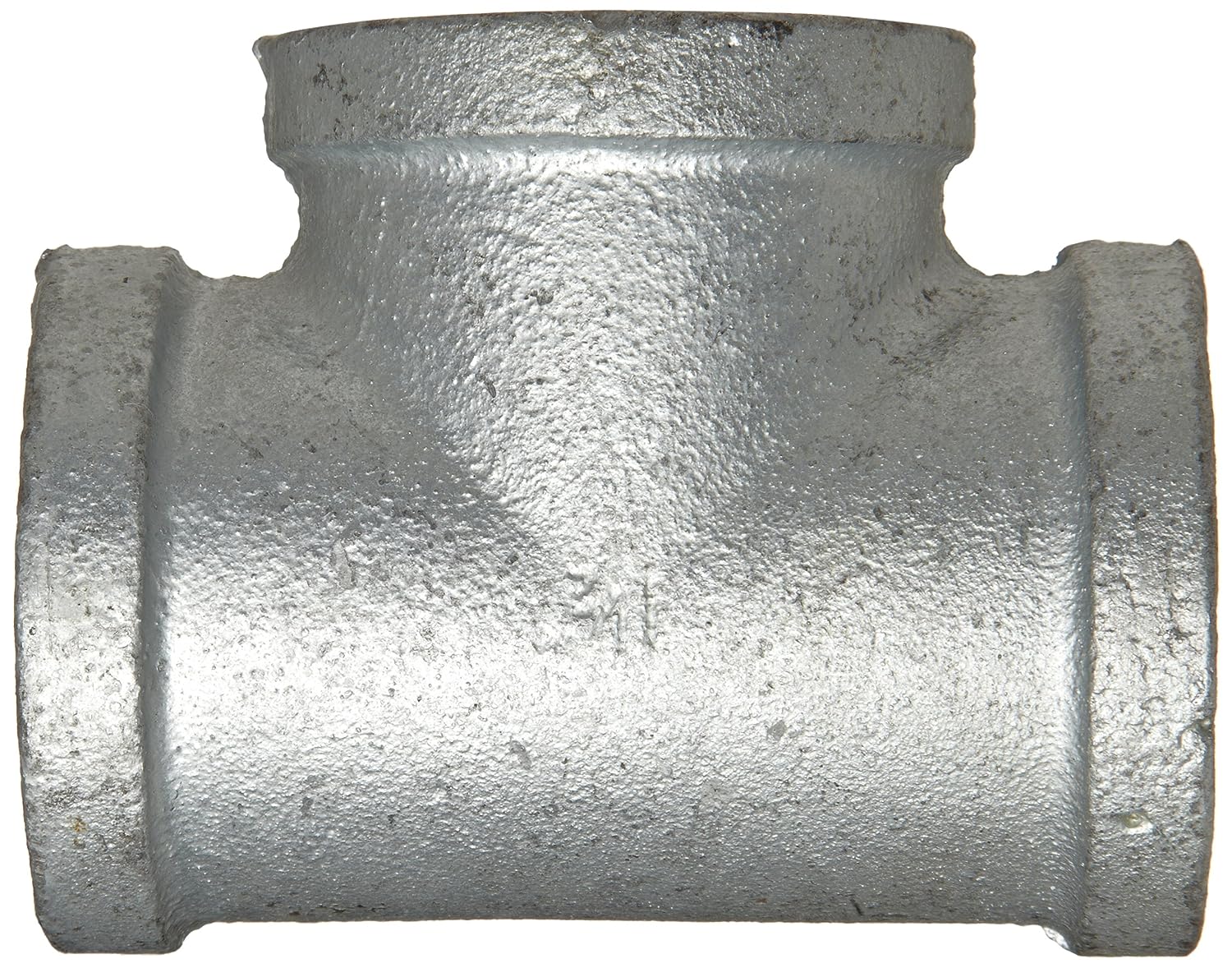 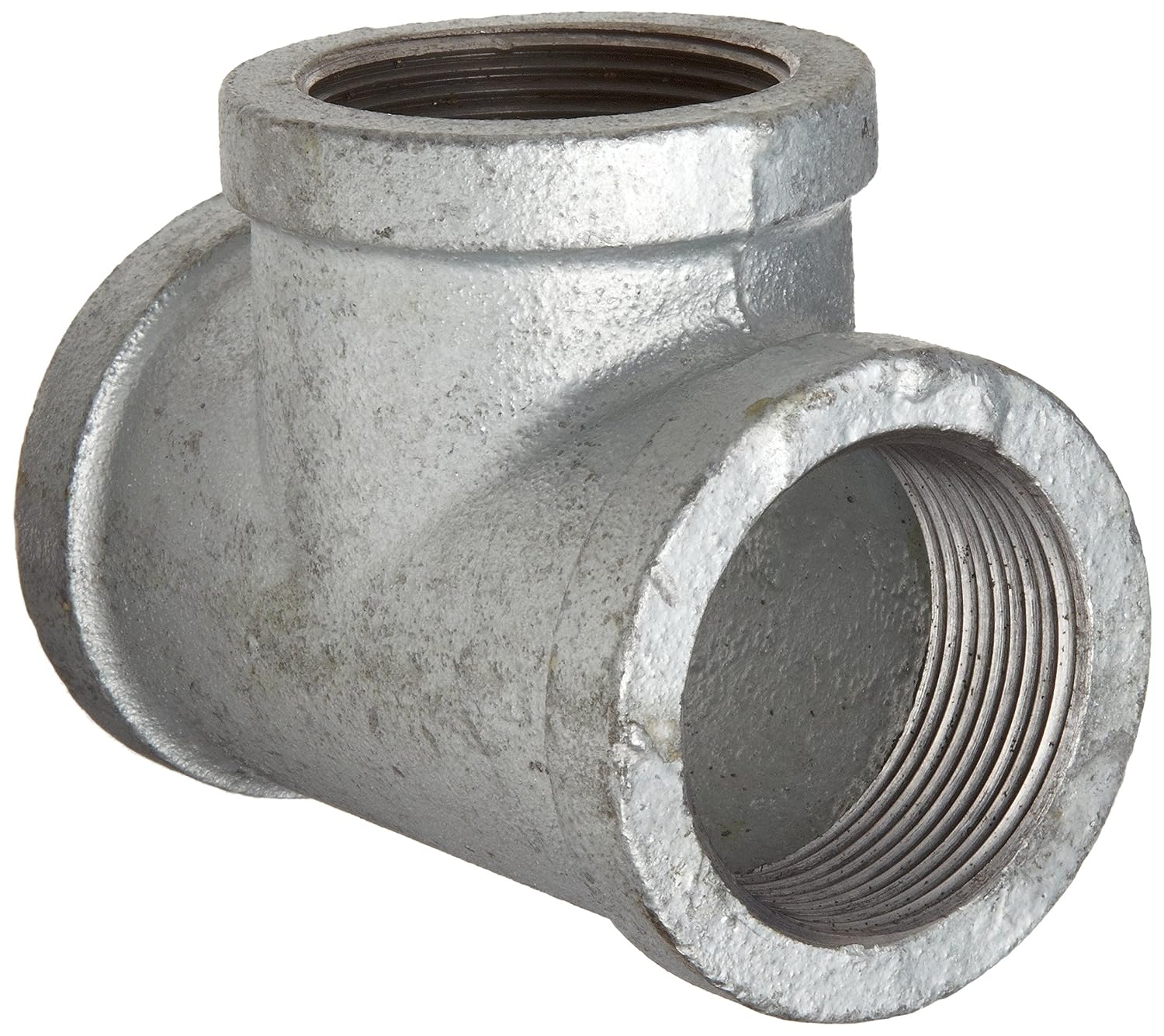